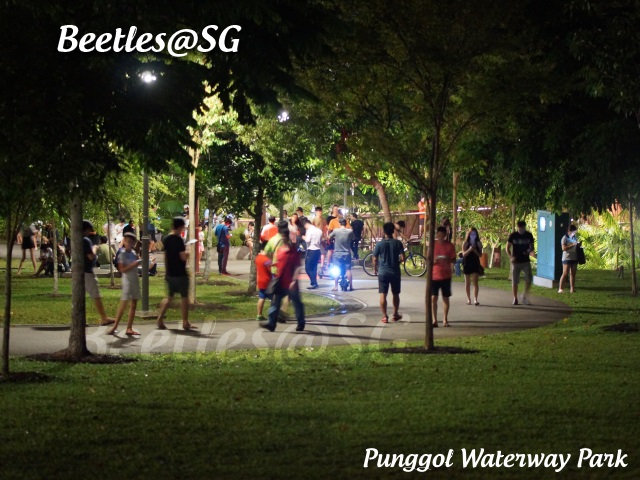 Thankfully the place that I am going is far from the Pokemon Stop and I was able to do my macro-photography in peace. The first beetle for the trip was a Chafer Beetle (Maladera castanea). 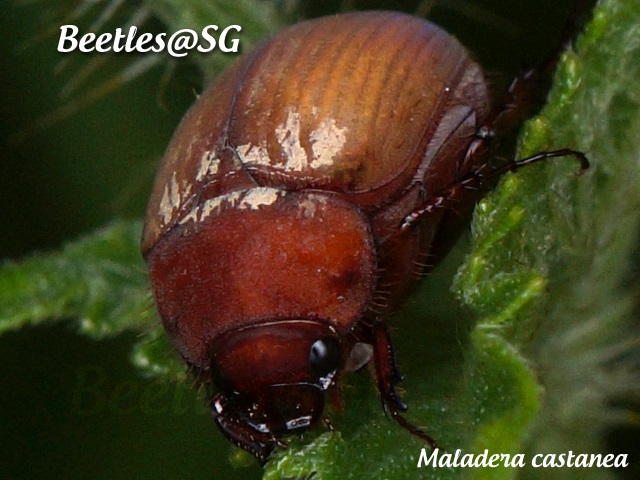 The spot that I was at was full of knee-high grass. I am surprised to find several type of Chafer Beetle munching on the grass. Here's a Chafer Beetle (Adoretus compressus) working hard on a blade of grass. 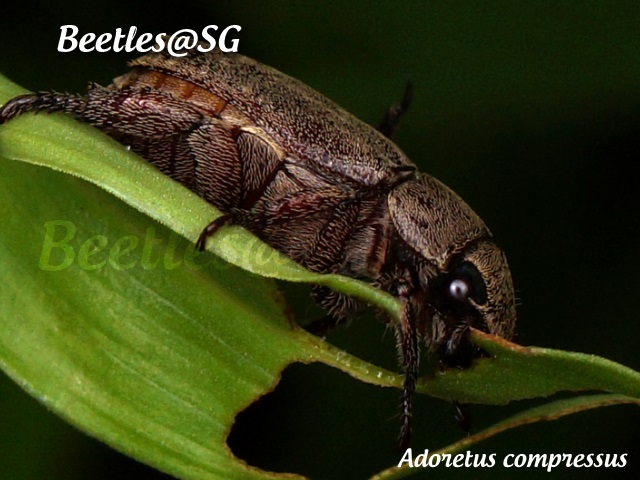 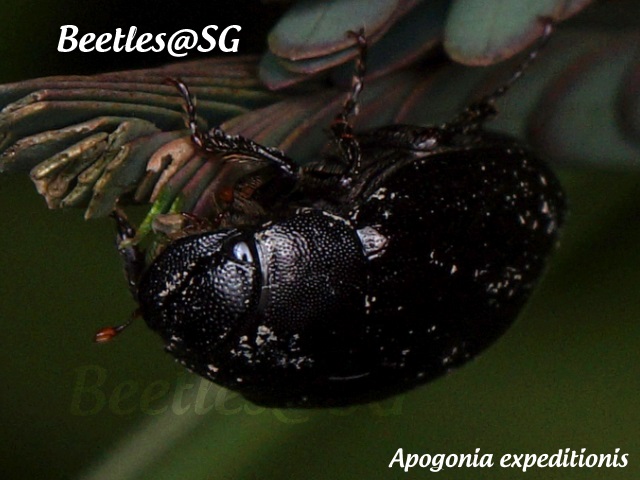 The highlight of the trip was the encounter with this lovely Ladybird Beetle (Coelophora inaequalis). 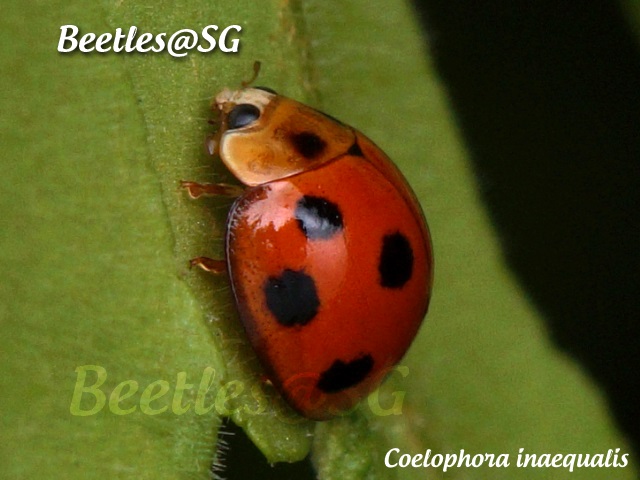 A stone's throw away was another surprise find-  a Ladybird Beetle (Epilachna admirabilis). 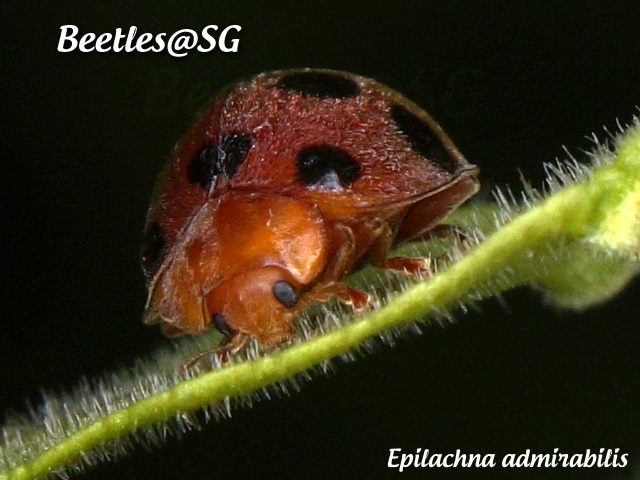 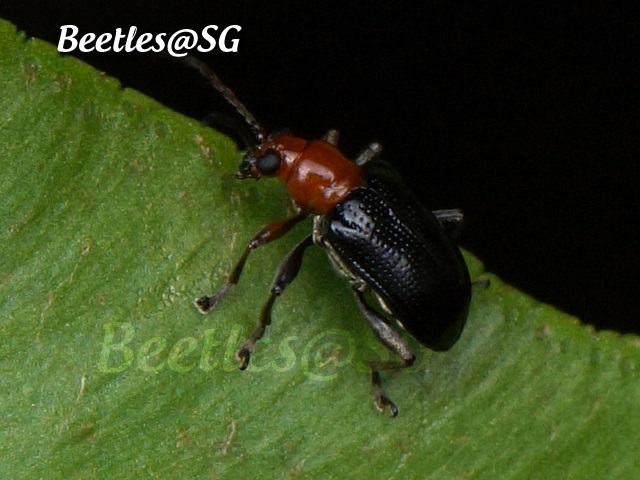 The place was exceptionally wet and hence the number of beetles encountered was pretty miserable. After a bit of walking without encountering any beetle, this Chafer Beetle (Maladera orientalis) was a welcome sight. 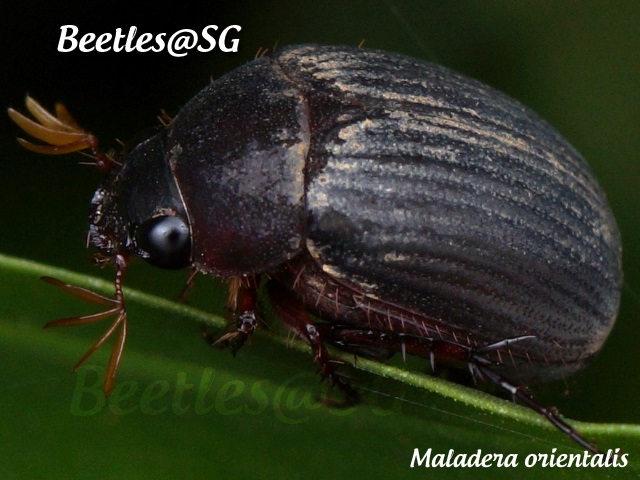 The next beetle was a Leaf Beetle that looked very much like the entirely orange color Leaf Beetle, except for the reddish elytra of the beetle. 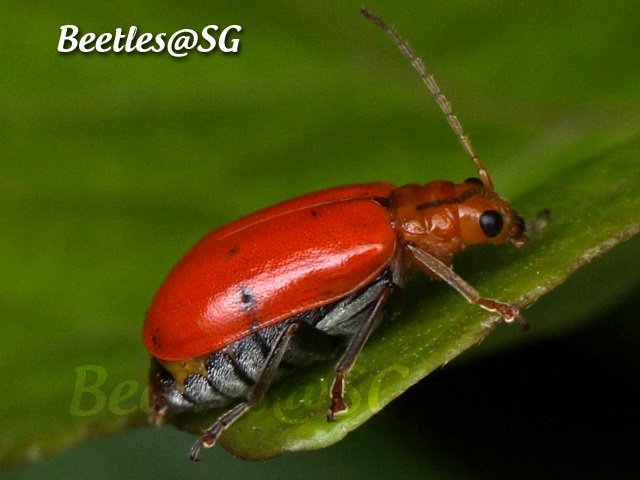 The last beetle for the trip was an orange Leaf Beetle that looked like the previous Leaf Beetle except that it is entirely orange. 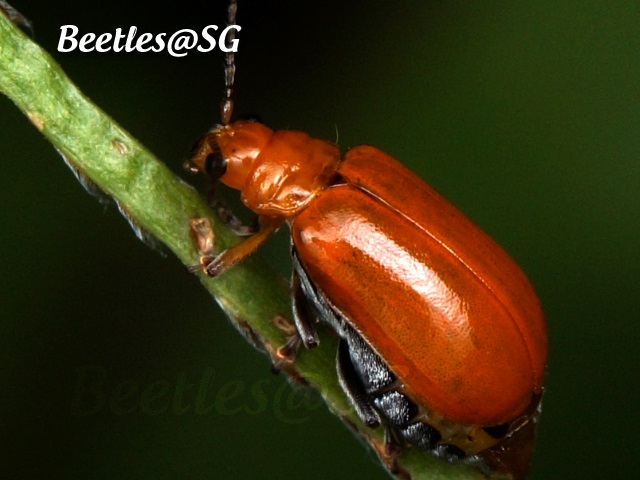 Although the number of beetles encountered on this trip was small, I am glad to be able to find two Ladybird Beetles. The small number of beetles found could possibly due to the surprisingly wet vegetation. I will likely to come back to this place as it holds potential of yielding more beetles,
Posted by David Moh at 08:55