The weather was warm and it seemed to be a perfect day for a walk at the Bukit Brown Cemetery. I was looking forward to this trip as the last recce trip to this place seemed promising. Here's a shot of the place. Peaceful indeed. 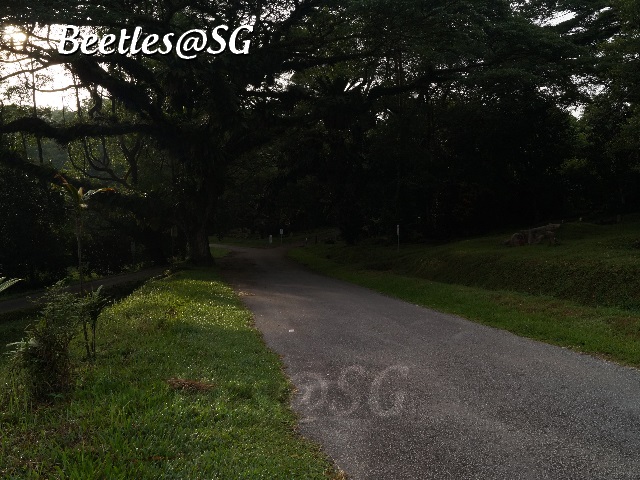 During the week, the grass cutter came and trimmed the patch of low vegetation that I found the different Leaf Beetle. Fortunately, the first beetle that I found was a Leaf Beetle (Lema rufotestacea). Interestingly it only has one antenna. 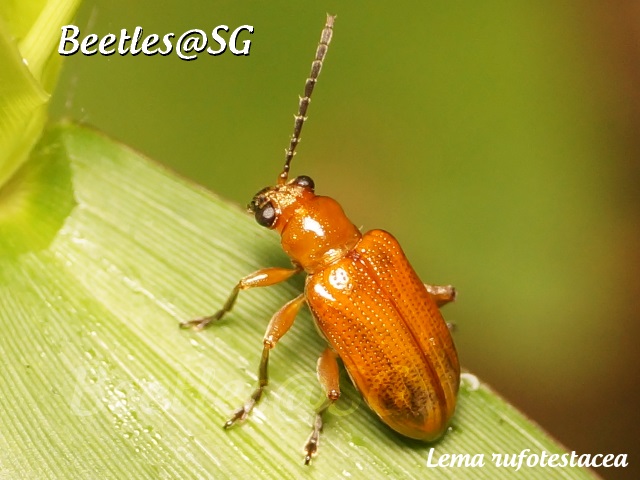 The next beetle was also a Leaf Beetle (Lema diversa). I am so glad to find a number of them resting on the trimmed vegetation. The next beetle that I came across looked like a Leaf Beetle but it was very small in size (<2 mm). Didn't get a good shot of it before it flew off. 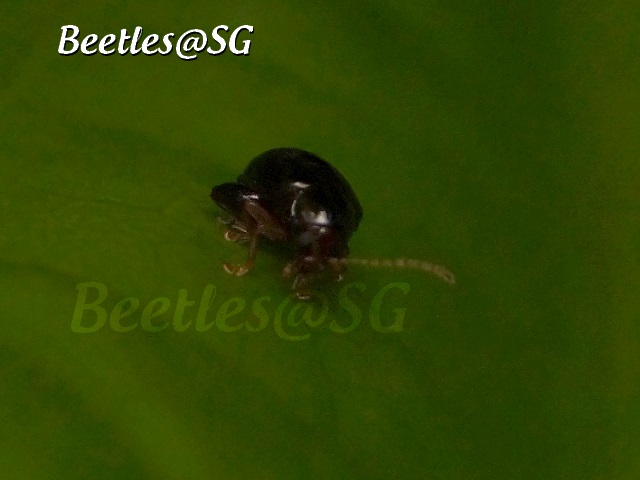 Moving into a "wilder" part of the cemetery, I was pleasantly surprised to find this Spiny Leaf Beetle. For those who are interested in visiting the place, please be prepared with insect repellent as the small paths were full of mosquitoes and they attack in swarms. Thanks to the insect repellent I was not badly bitten except for the one or two mosquitoes that managed to break through my defenses. 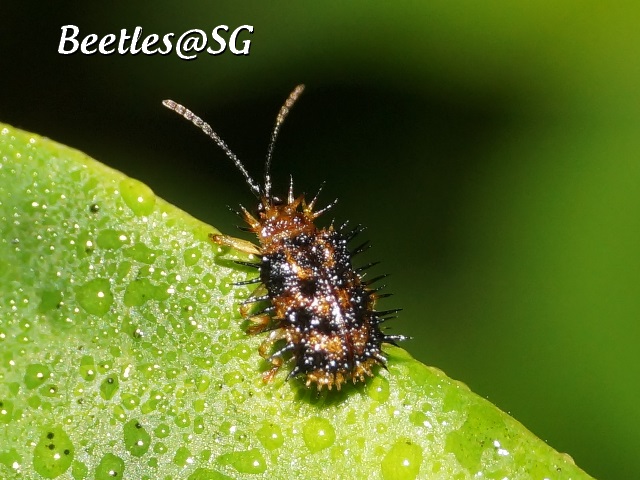 The mosquitoes were rather annoying and I was almost wanting to give up on the walk. Fortunately I persevered and was rewarded with this my first time encountered Chafer Beetle. I have not come across this beetle on the internet so far. Fabulous find indeed. 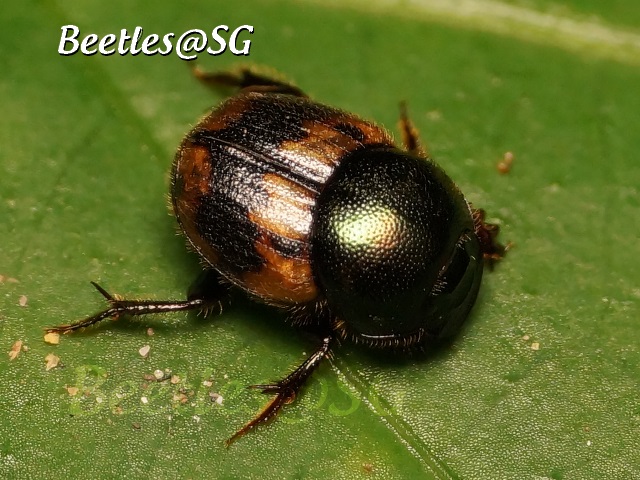 At a shaded area was this super alert Tiger Beetle (Therates dimidiatus). I was only able to get this lousy shot of it before it disappeared into the hedges. 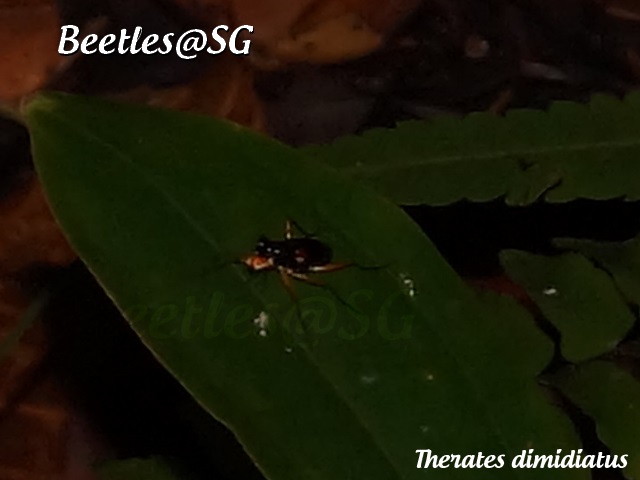 Near to the Tiger Beetle was this small Fungus Beetle (Triplax rufipes) (<3 mm) that was busily pacing up and down a leaf. 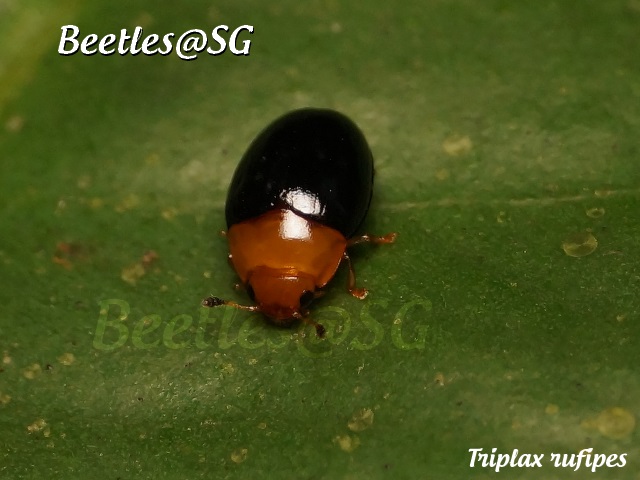 It was only after walking for a while that I found this small (~4 mm) Click Beetle. 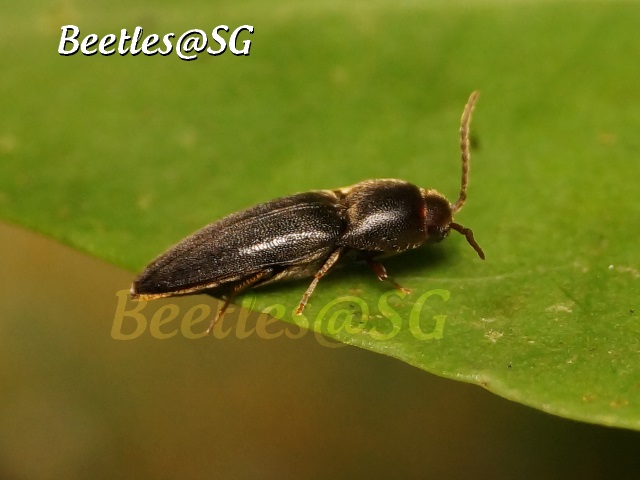 Near to the Click Beetle was this tiny beetle (<2 mm). 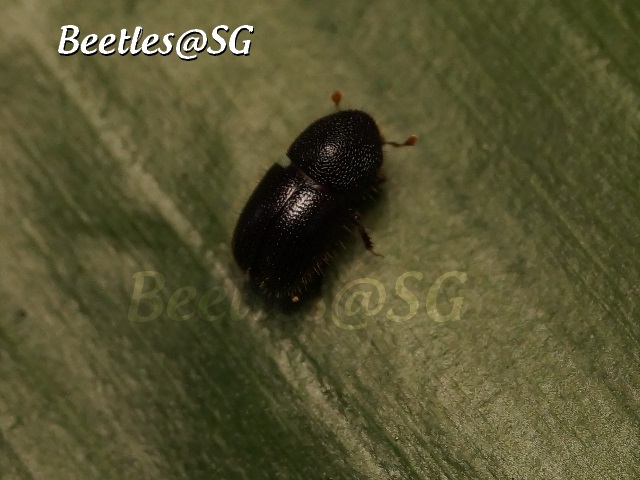 Near the part where the "wilder" path joined back to the tar road was this Soldier Beetle hiding from the hot sun. 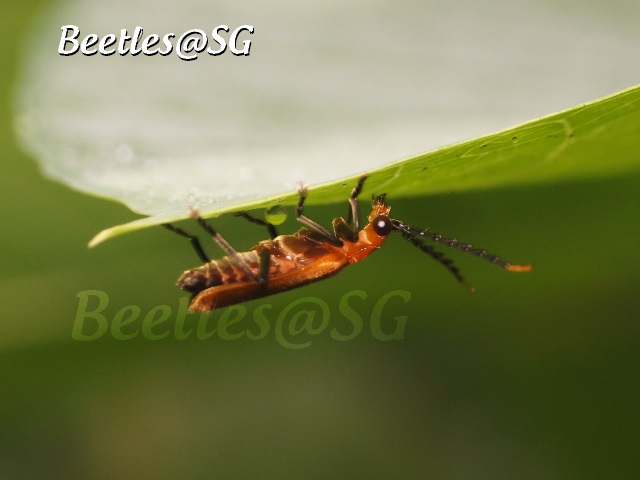 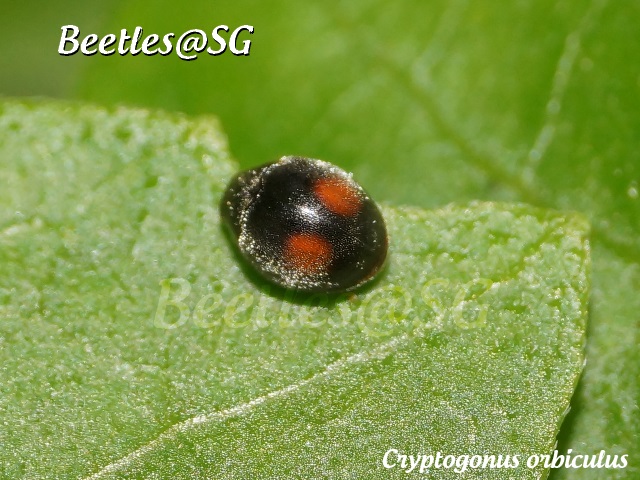 Moving back onto another "wilder" path, I found this Flower Chafer partially hiding between two leaves. I am so excited to find it as I was not able to get a good photograph of this beetle during my last encounter with it.  This particular beetle remained motionless while my camera was flashing at it. Amazing. 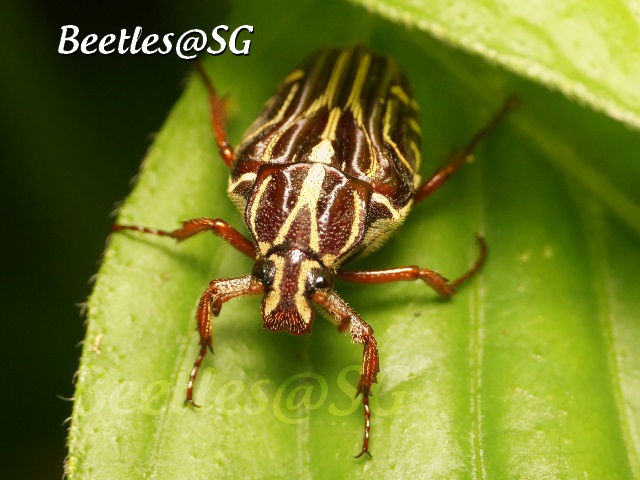 At a shaded area was this metallic blue Leaf Beetle. It was hyper sensitive and flew away several times but I managed to get a few shots of it while it rested from its flights. 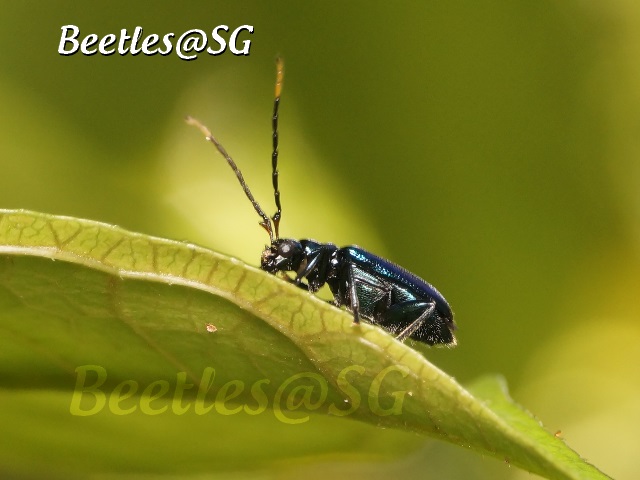 Another Tiger Beetle (Neocollyris celebensis) was spotted on some low hedges. 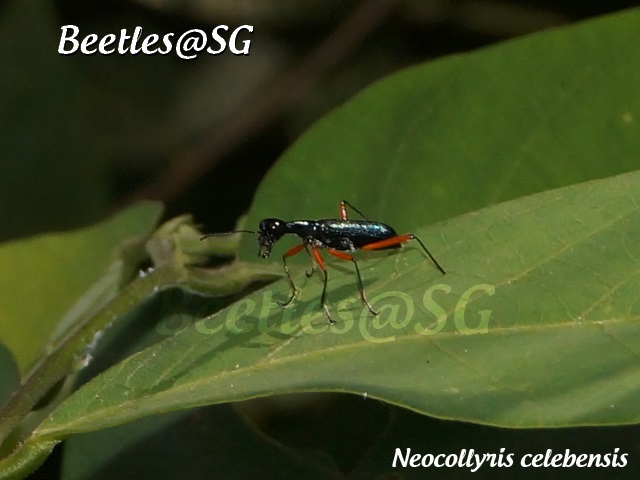 The finale for the trip was the chanced encounter of this Weevil Beetle (Curculio imitator). It was busily moving up and down a dead tree branch, stopping occasionally at spots where the branch was bruised. I supposed that it was feeding on the tree sap. 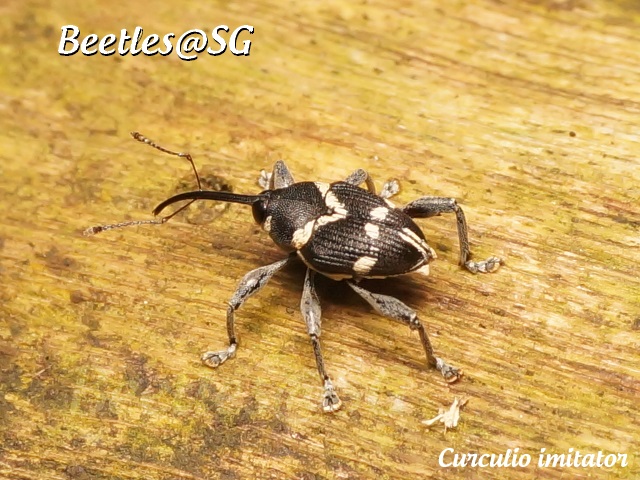 The trip was rather fruitful as I was able to find a few first time-encountered beetles, but it was not very enjoyable due to the mosquitoes swarms. It was pretty irritating especially when they fly around your ears while you are trying to photograph the beetles.