My recent few attempts of going to Coney Island for my night macro photography have ended up being distracted by the many critters encountered along the way. For this week, I decided to keep to the plan and headed straight towards Coney Island. Sadly, my enthusiasm was greeted by a chain-locked gate with a sign to inform that the island is closed. Guessed that this is a "new" addition as those gates were not there when I was here 1.5 years back. [ Coney Island ] 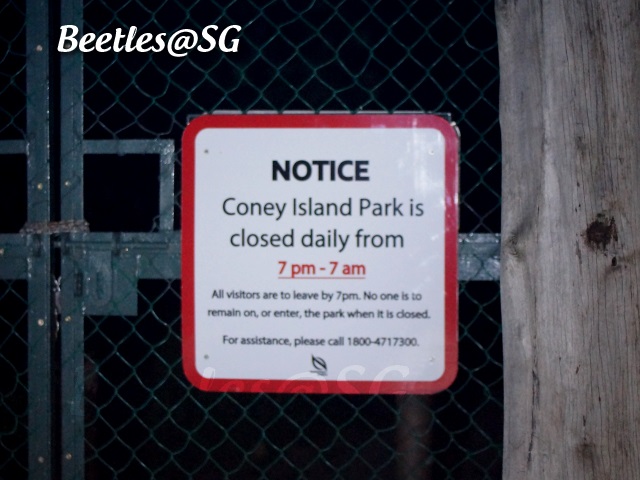 Although I was not able to go into Coney Island, the trip was not wasted as there are still many critters to be encountered. I was pleasantly surprised to find 3 Oriental Whip Snake (Ahaetulla prasina) on this trip. I used to encountered many of them in the earlier days when Punggol was still a forested area, but sighting of them became rarer with the rapid development of the place. 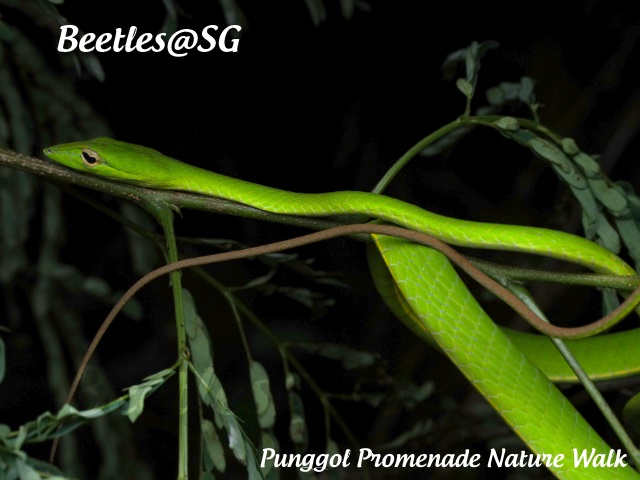 For this trip, my young friend Reynard decided to join me at the last minute when I told him that I am planning to go to Coney Island. Although the trip did not go as planned, we were still being treated to some interesting find.

Here's a picture of a lovely 30 mm centipede found during the trip. 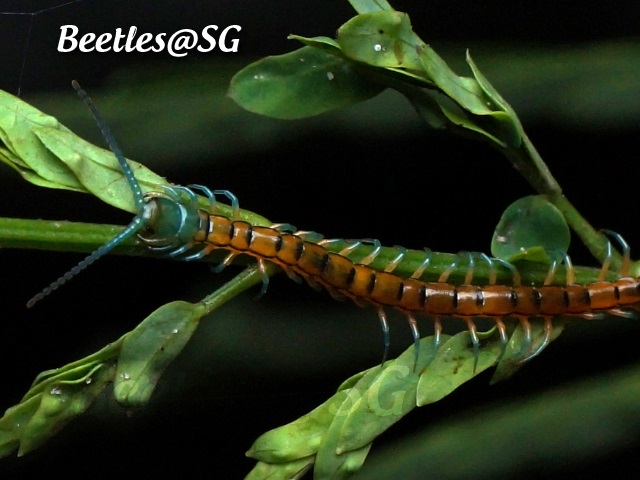 Reynard was slightly delayed so I proceeded towards Coney Island and along the way, I found a few lovely beetles. The first beetle was a Leaf Beetle on a stem of grass seeds. 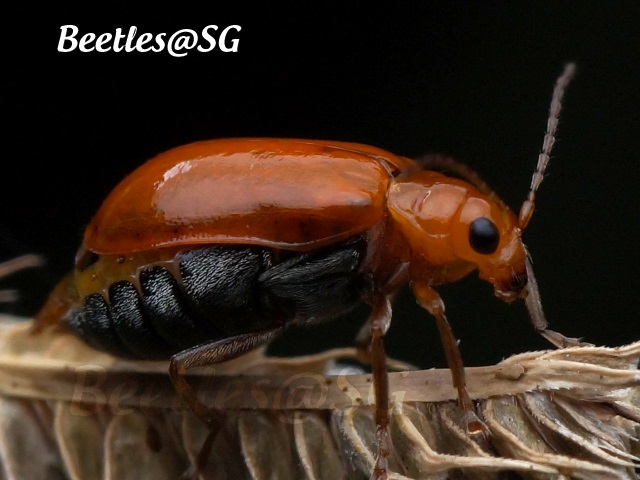 Near to the Leaf Beetle was a fallen tree with several of this 3 mm Darkling Beetle. 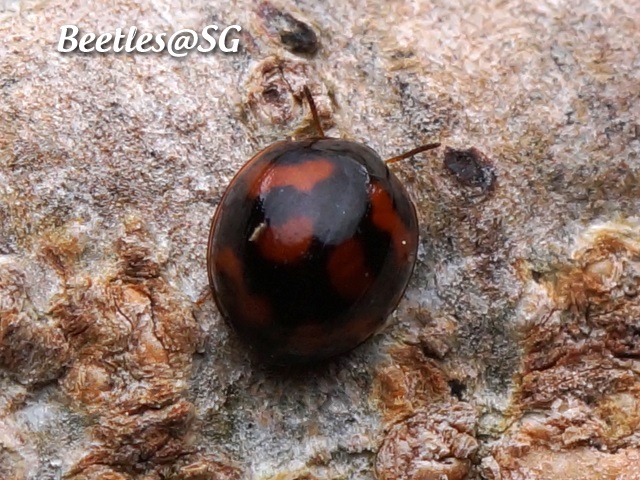 Nearing the entrance of Coney Island, I was glad to find this lovely colored Soldier Beetle. 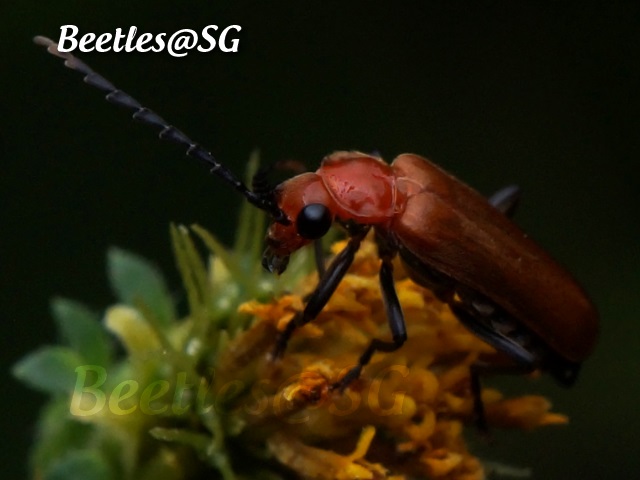 The highlight for the trip was the encounter of this small 5 mm Tortoiseshell Beetle (Aspidomorpha furcata) found under a leaf. 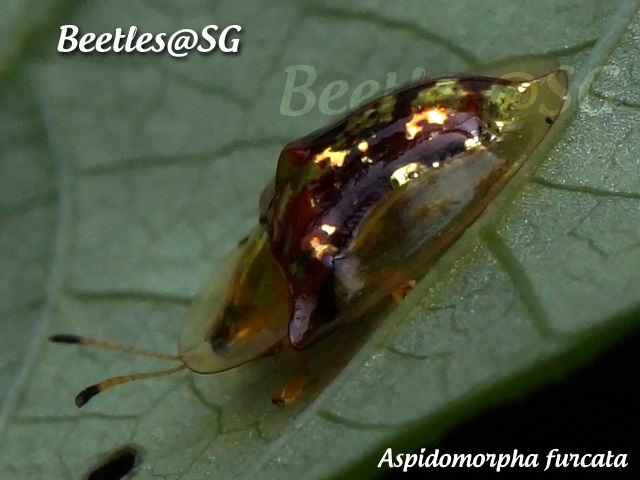 While I was photographing this commonly encountered Chafer Beetle (Apogonia expeditionis), Reynard turned up and we continued to move further down the nature walk. 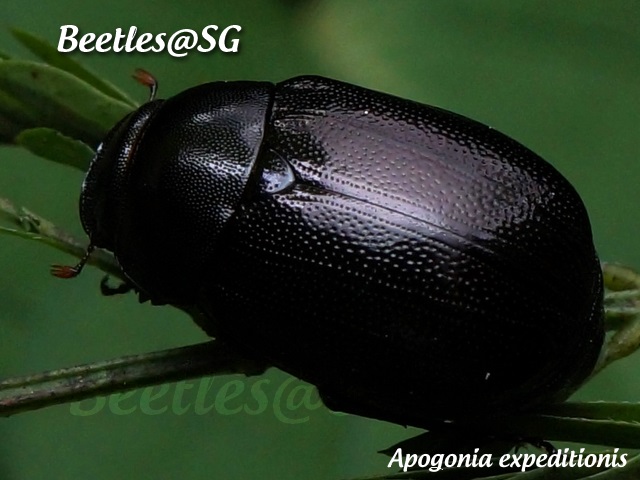 On a small tree further down were several of this small 1 mm Fungus Beetle. 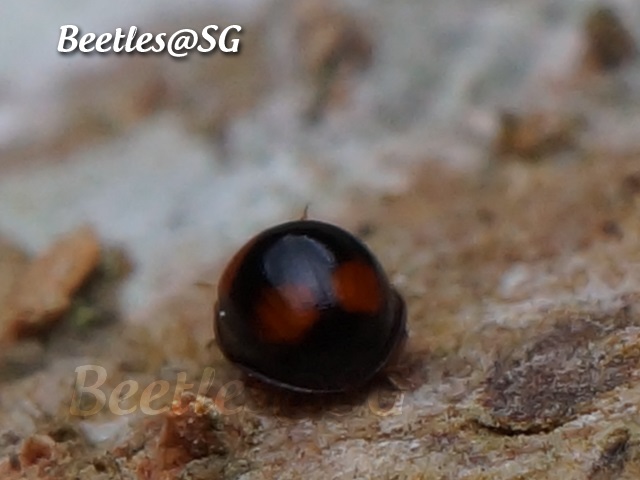 Hidden among a patch of low bushes was a badly damaged Ladybird Beetle. I am not too sure of the identity of this beetle but it looks very much like Coelophora inaequalis Ladybird Beetle. 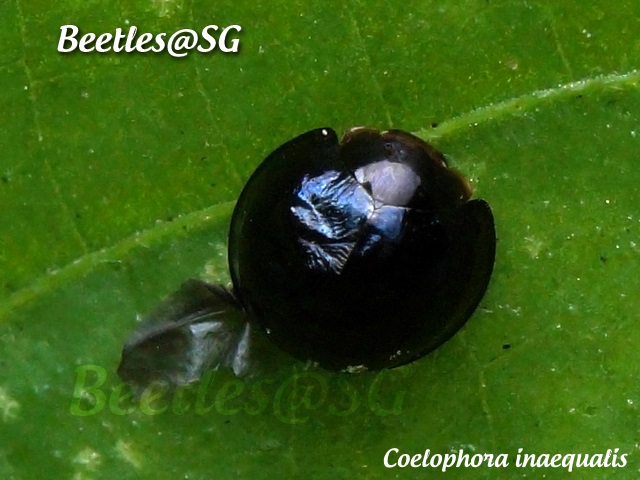 While looking around a tree overran with creepers, I was thrilled to find this 28 Spots Ladybird Beetle (Henosepilachna vigintioctopunctata) resting on creeper's leaf. 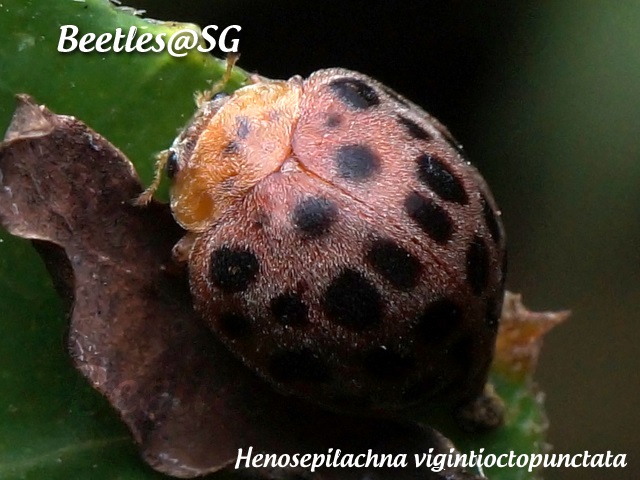 A stone's throw away was a 8 mm Leaf Beetle. 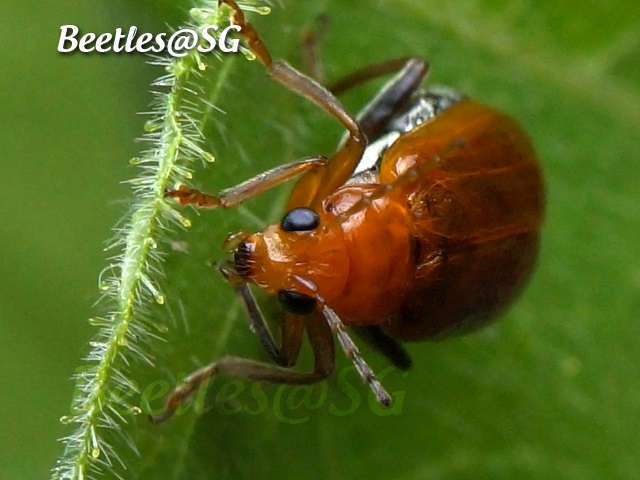 We were almost near the starting point when we came across this rather unique "picture" of a Ladybird Beetle (Henosepilachna implicata) with its larvae. 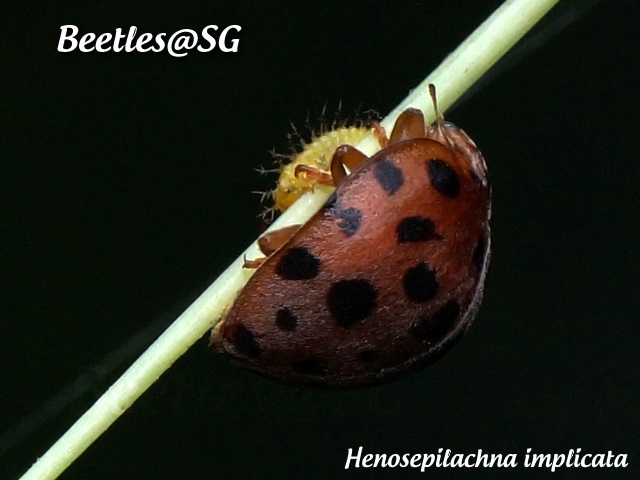 The last beetle for the trip was a Click Beetle (Pectocera babai) under a blade of grass. 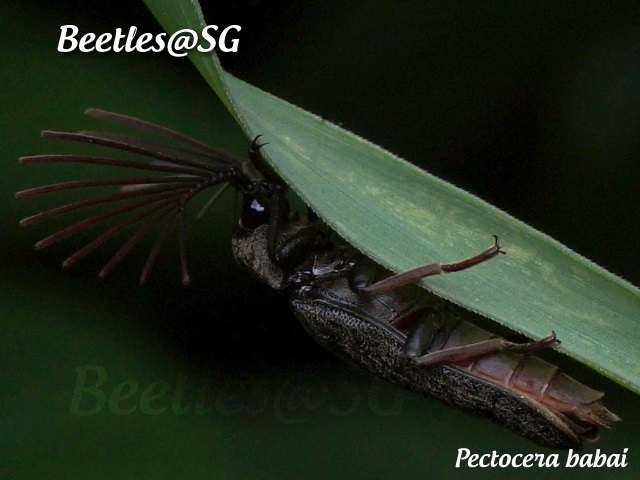 We were just meters from the starting point when I came across this Reticulated Python (Malayopython reticulatus). 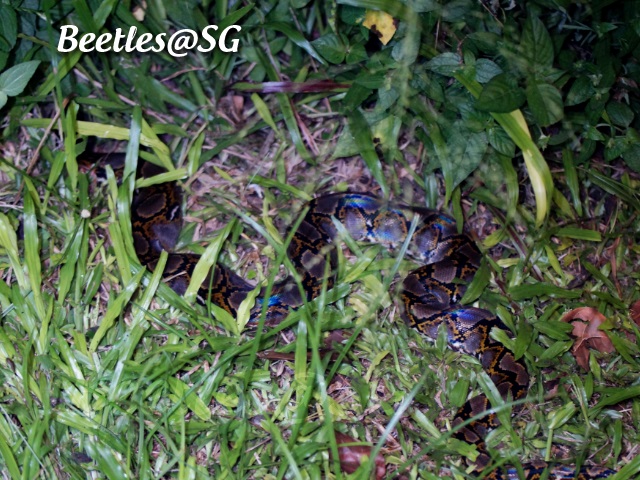 This trip to Coney Island was not to be, but the results was unexpectedly good. It was interesting to be able to find 4 snakes on this trip. This looks like a good place to visit again.
Posted by David Moh at 08:13