It was more than 2 months since I last visited the Punggol Promenade Nature Walk so I decided to go there for a morning macro-shoot session. Here's an interesting "find" at the place: 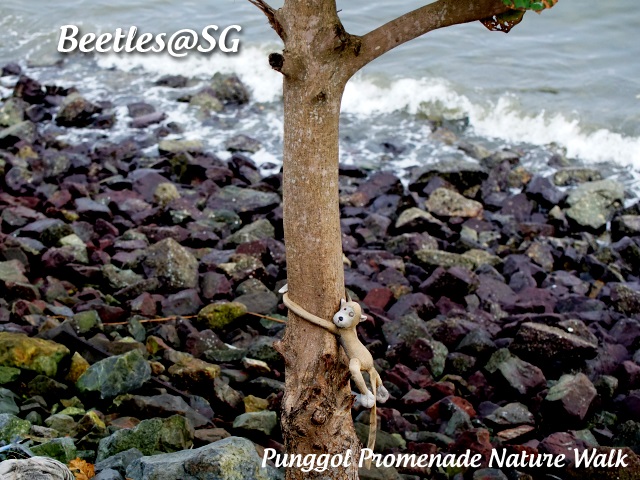 To my great dismay, what used to be lush vegetation is now full of dead brown tree branches and plants. The place has became muddy and undulated, crisscrossed with bulldozer tracks. It seemed like the place is also slated for development. 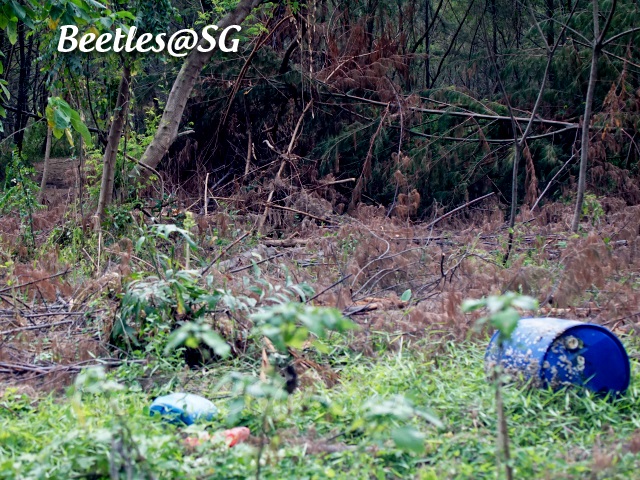 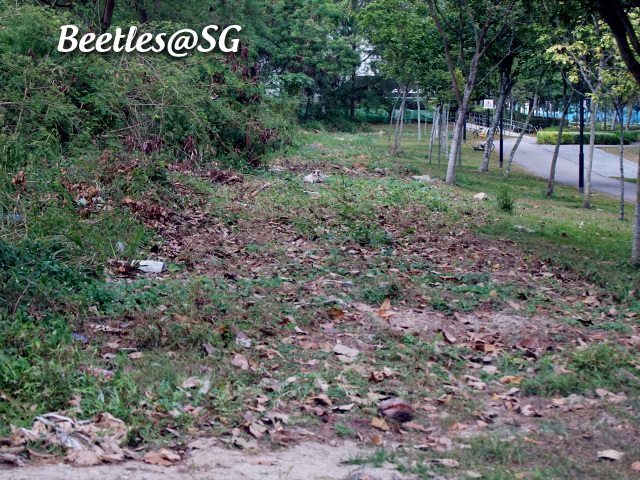 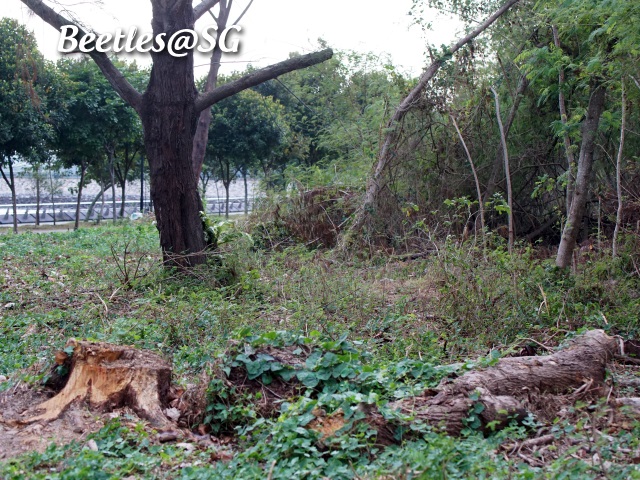 The only plant that survived the bulldozer rampage were these Thai Pea Eggplant (Solanum torvum) growing in many spots at the place. To my surprise there were many Ladybird Beetles on them. 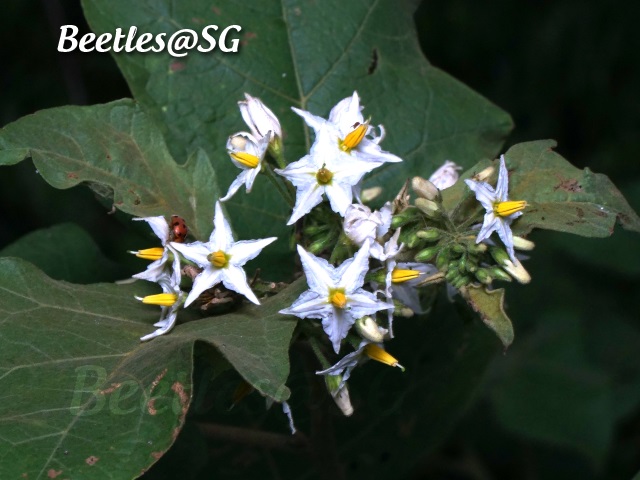 On one of the Thai Pea Eggplants was this 8 mm Ladybird Beetle. I am not sure of its identity but it looked very much like the Epilachna indica Ladybird Beetle but differs in the distance between the spots at the center of its elytra. 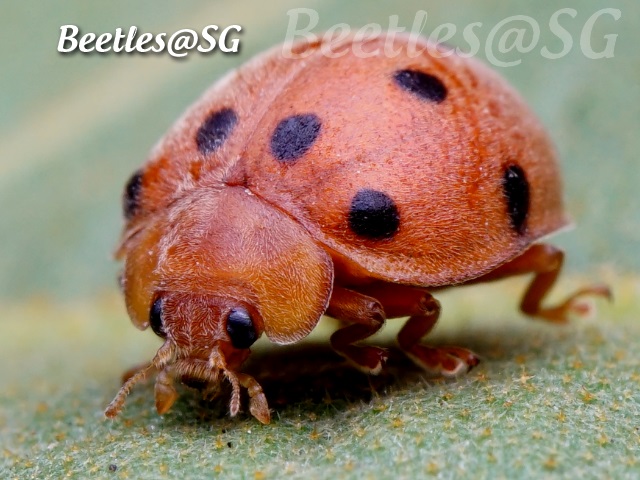 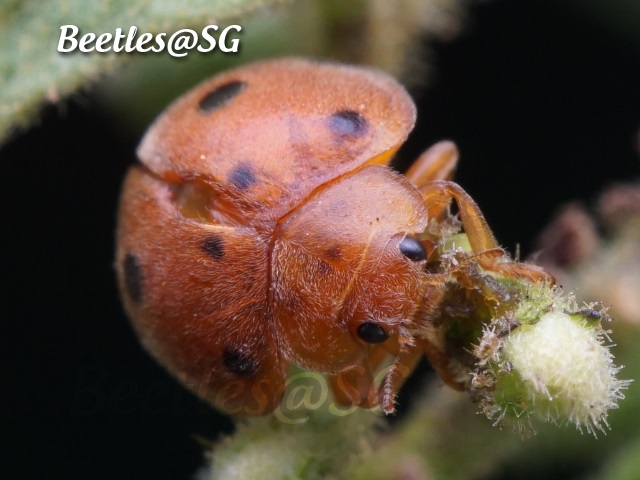 Near the end of the "trail" was this Henosepilachna implicata Ladybird Beetle on a creeper on the ground. 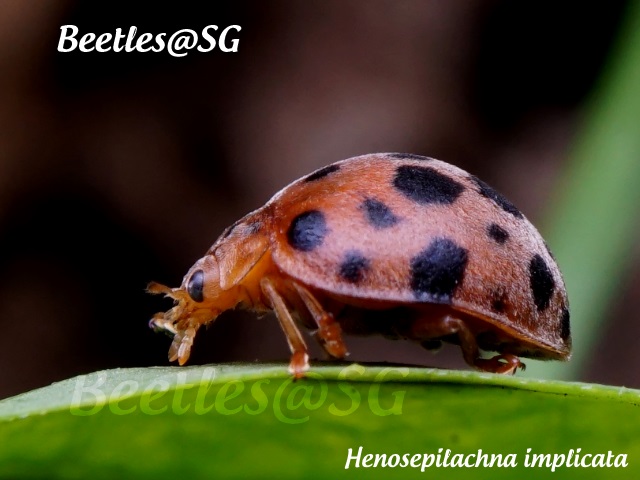 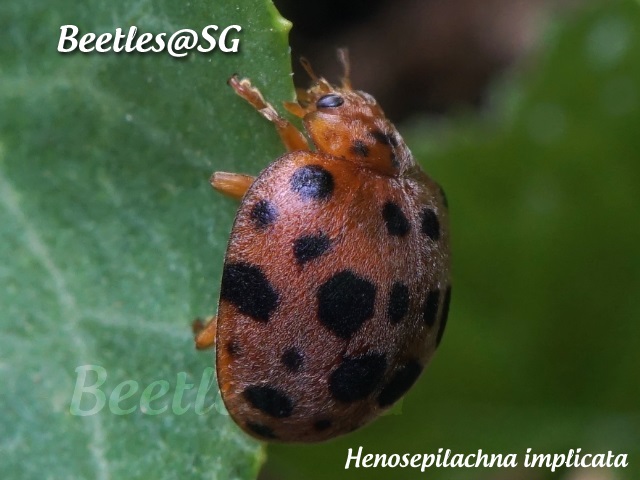 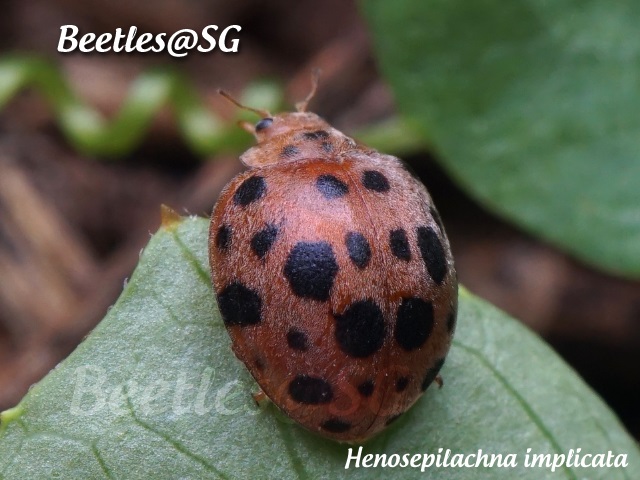 The trip was a total washout and more disheartening is the destruction of the habitat for residential development. Guessed that I will no longer able to come here for my macro-photography with the intensive development work that has overtaken the place. With all these development, I think a rename of the place is in order since all the nature have been taken out from the "nature walk".
Posted by David Moh at 00:21 No comments:

It has been almost 1.5 months since my last trip, mostly due to the wet weather on my usual macro session on Friday nights. I happened to be free in the morning and so I seized the opportunity and headed for Windsor Nature Park.

Here's a photograph of an interesting looking fly encountered at the place. 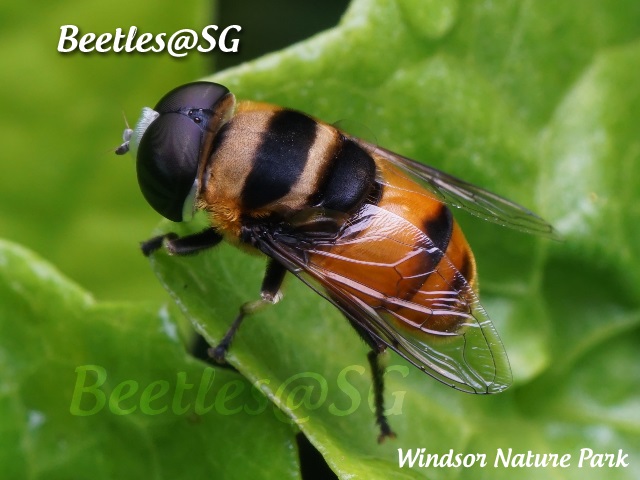 When I reached the place, I was dismal to see that Air Potato Plants of various sizes have overran the place, covering not only the low vegetation but also up on the trees. In no time NPark will have to rename the Windsor Nature Park to Air Potato Park if no actions are taken in the near future. Hopefully NPark will do something about this before all the local flora succumbed to this aggressive invasion, leading to the demise of the fauna that depend on the local flora to survive. 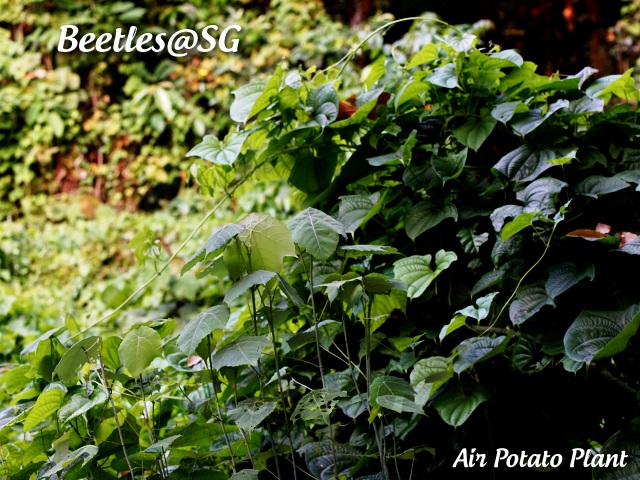 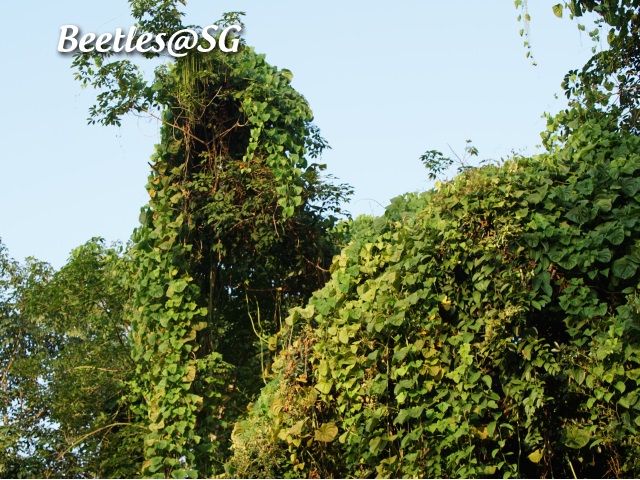 The first beetle for the trip was a pleasant surprise - a 10 mm Fire Fly (Pteroptyx valida). It is the first time that I encountered this at Windsor Nature Park. 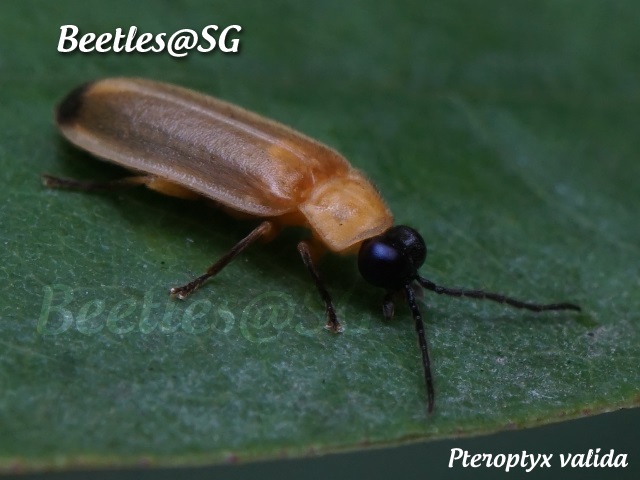 Near to the Fire Fly was a Ant-like Flower Beetle (Anthelephila cyanea) found under a Elephant Ear leaf. 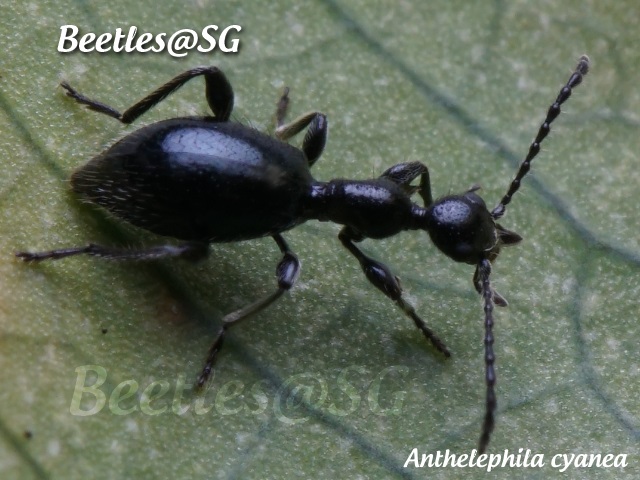 There were a number of fallen trees and on one of these fallen trees was this first-time-encountered Fungus Weevil (Acorynus parvulus). 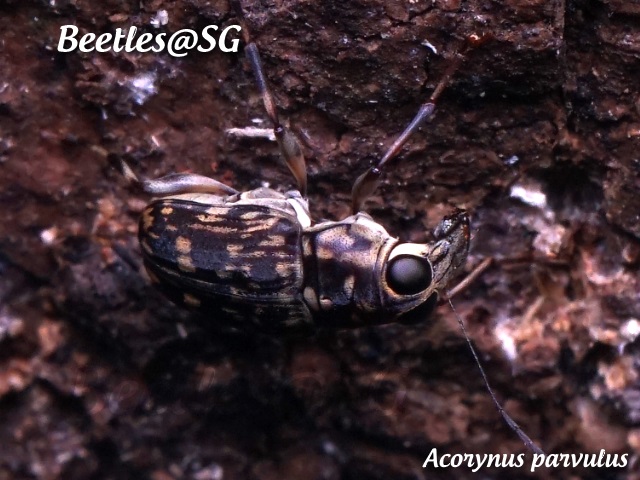 On a tree near by were several beetle larvae. 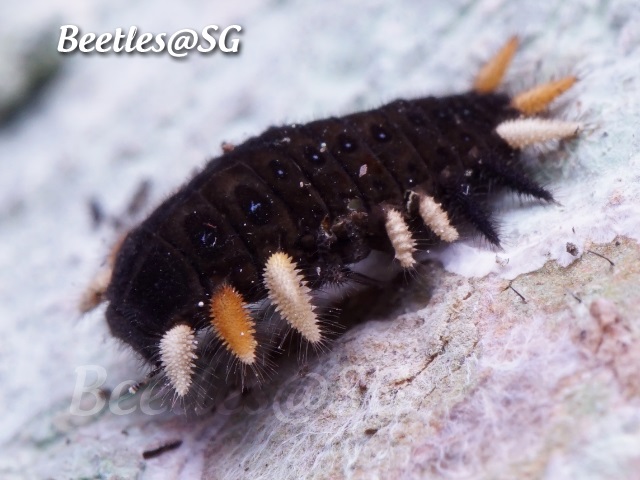 Under a large leaf was this Fungus Beetle (Eumorphus mirus) resting motionlessly. 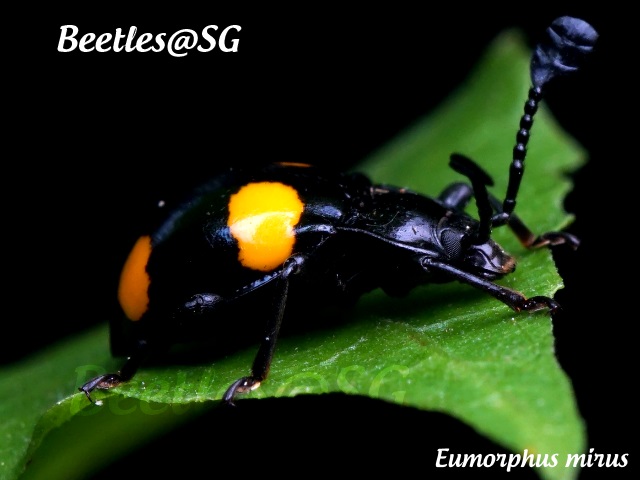 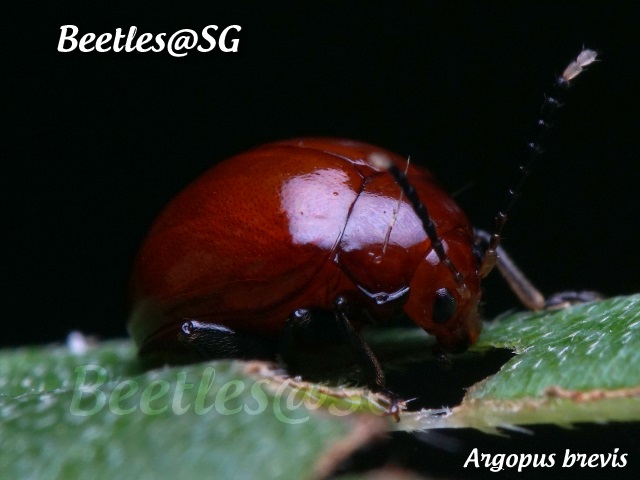 There were several "snow trees" along the side of the trail and this 10 mm Fungus Beetle was found on a small leaf next to one of these "snow trees". 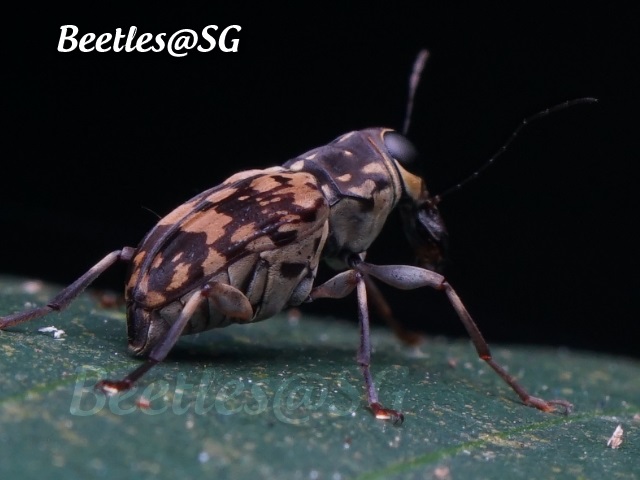 A stone's throw away was a large 15 mm Net-winged Beetle (Dictyoptera aurora) resting on a leaf. 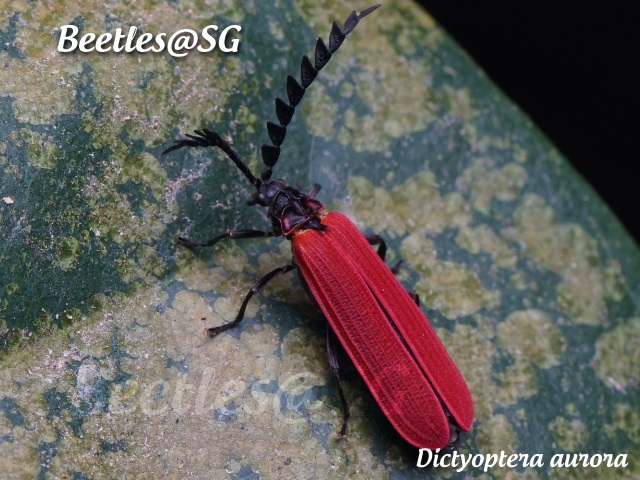 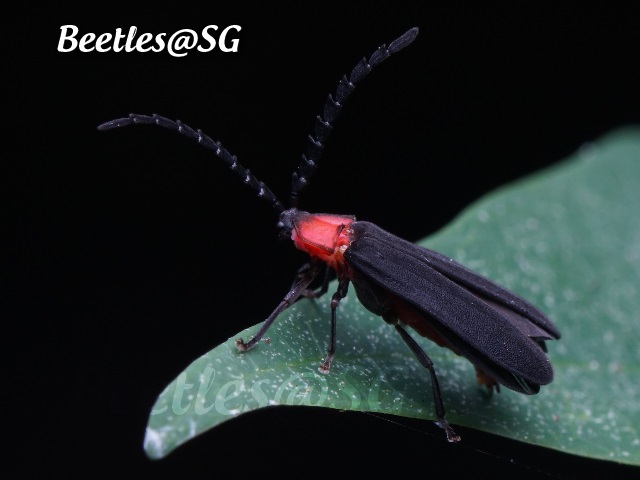 Moving on, I was so thrilled to find this 8 mm first-time-encountered Net-winged Beetle crawling along the stem and leaves of this low plant. 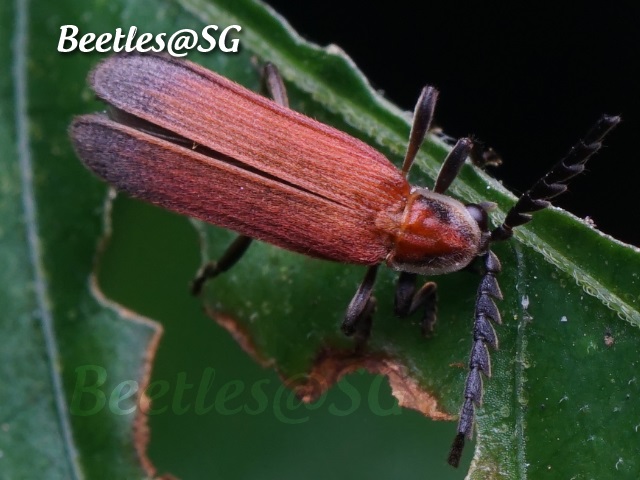 Moving further down the trip, I was once again thrilled to find this 10 mm first-time-encountered Leaf Beetle. I particularly like the orange-black coloration of this beetle. 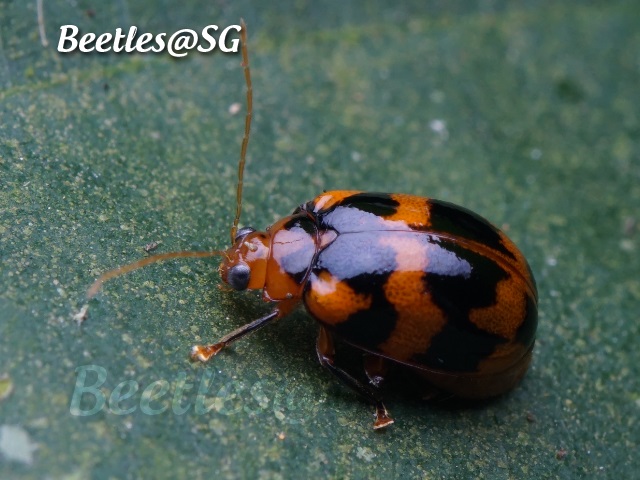 Time passed by quickly and I reached a patch of low grass where this 1 mm first-time-encountered Leaf Beetle was resting on. 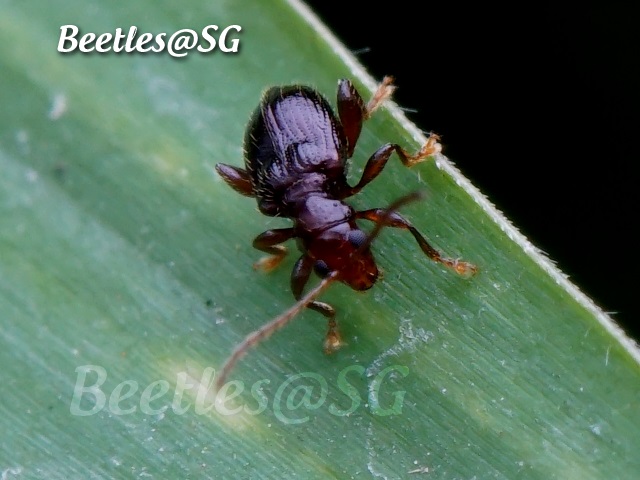 At this point in time, I am on the board-walk where this Darkling Beetle (Strongylium tenuipes) was found on the side of the small tree next to the board-walk. 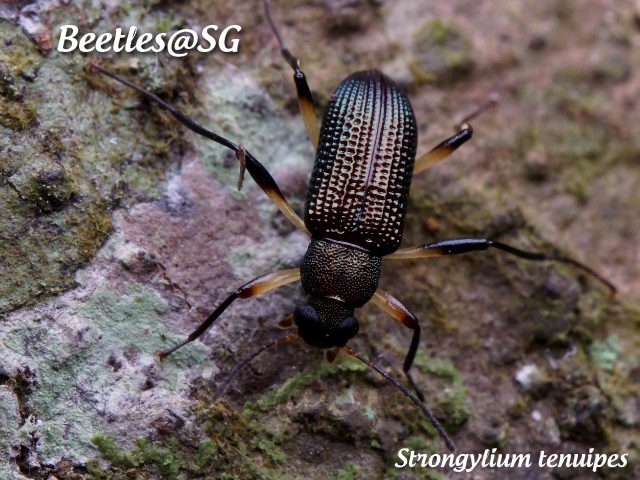 The last beetle for the day was this 1 mm Darkling Beetle. 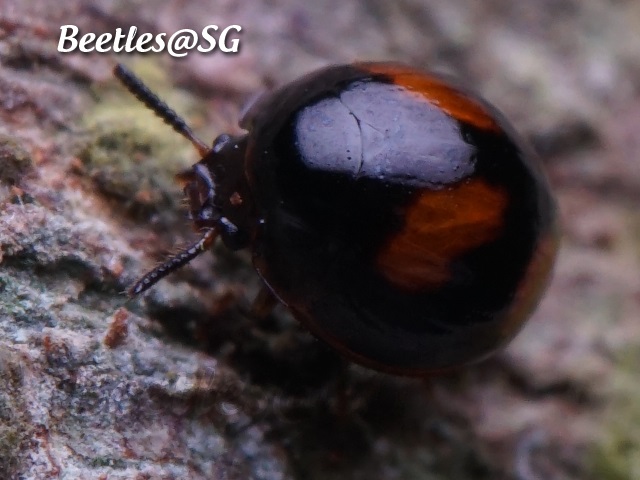 This was a successful trip with 4 first-time-encountered beetles. This was especially exciting since I have not done any macro photography for a while. Indeed Windsor Nature Park has never disappointed me as it would yield beetles regardless of the weather.
Posted by David Moh at 08:51 No comments: