The sky was reddish and looked like it was going to rain soon, so I decided to go to the near by Lower Peirce Reservoir for my weekly walk.

Here's a photograph of a brood of spider hatchlings found during the trip. 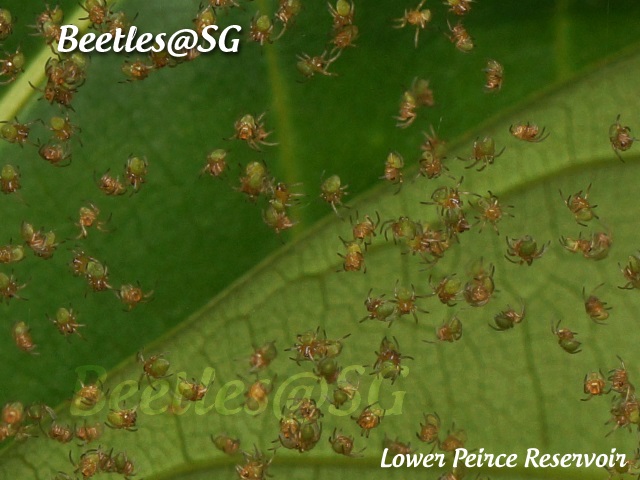 The first beetle for the trip was a Leaf Beetle (Graphops curtipennis) found among the vegetation that lined the entrance. I was pretty surprised to find a number of them moving actively among the leaves in the night. I have always thought that these are diurnal beetles. 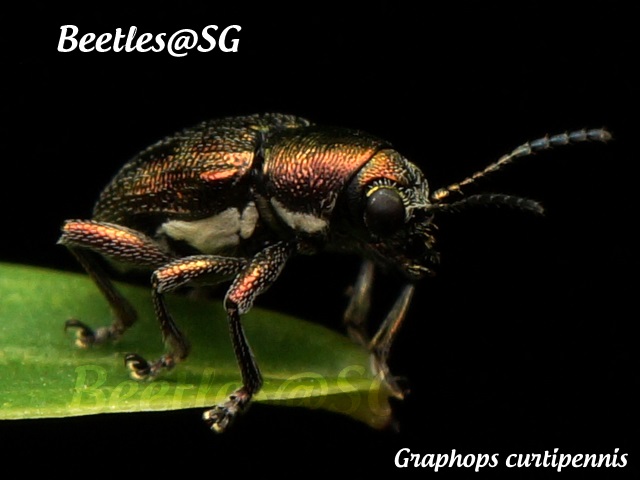 Near to the Leaf Beetle was a commonly encountered Chafer Beetle (Apogonia expeditionis). 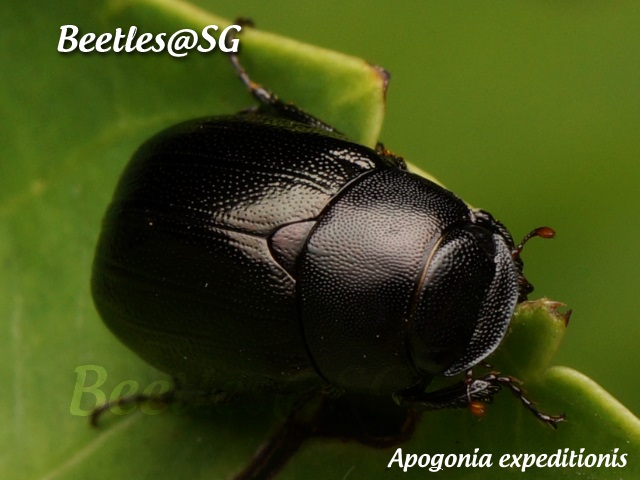 The number of critters encountered was strangely low, so I was thrilled to be able to find a colony of Tiger Beetle (Cicindela aurulenta). 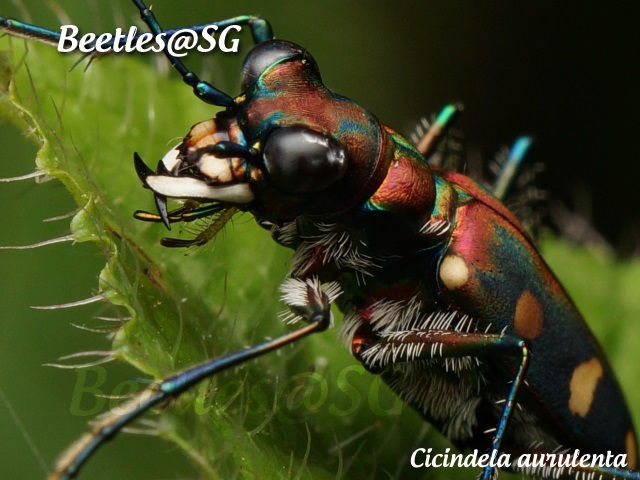 After walking for a while without finding any beetles, this Chafer Beetle (Adoretus compressus) with its yoga pose was a welcomed sight. 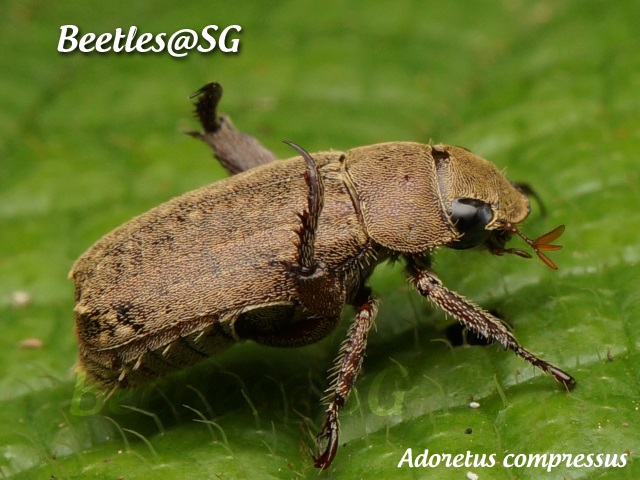 Coming to a fallen log, my eyes caught sight of a Rove Beetle that was moving very fast on the log. While I was trying to photograph the Rove Beetle, this Fungus Beetle (Eumorphus assamensis) was found motionless at the base of the log. 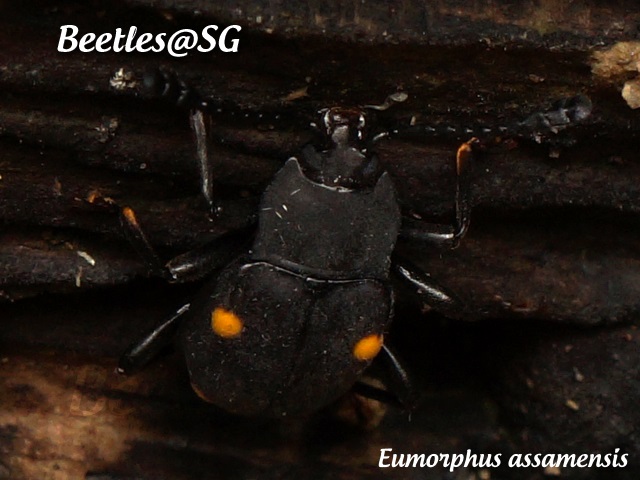 After some waiting, I finally managed to get a shot of the Rove Beetle, albeit that it was not a well taken photograph because of its constant movement. 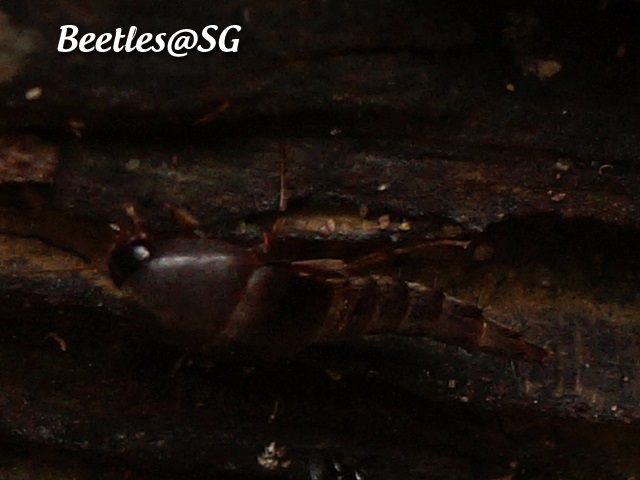 More walking without finding any beetles, until I came across this spider web with two beetles on it. 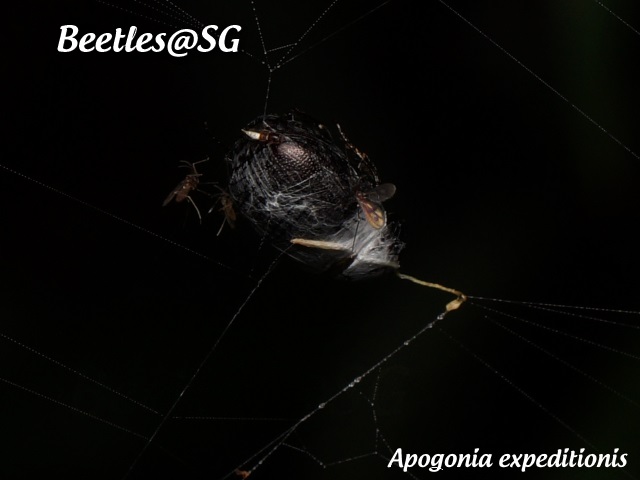 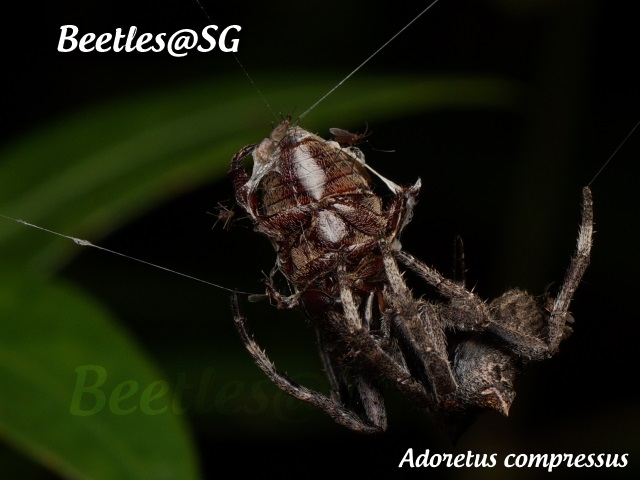 The sky started to drizzle lightly and I decided to call it a day. Just then, I found a Chafer Beetle (Maladera orientalis) on a half eaten leaf. 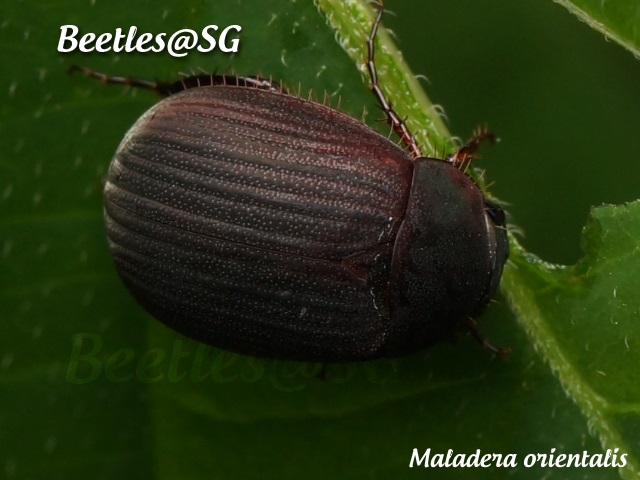 This trip was unexpectedly short due to the rain, but nevertheless I still managed to find some beetles.
Posted by David Moh at 10:01