I originally made arrangement with my friend HW to go to Ang Mo Kio Town Garden West for my weekly night macro photography session but I changed my mind and decided to go back to Punggol Promenade Nature Walk for a walk instead. In fact, the objective was to go to Coney Island to take a look, but we didn't make it far enough to enter Coney Island on this trip just like the previous one.

Here's a photograph of a large 10 cm green Praying Mantis encountered at the place. 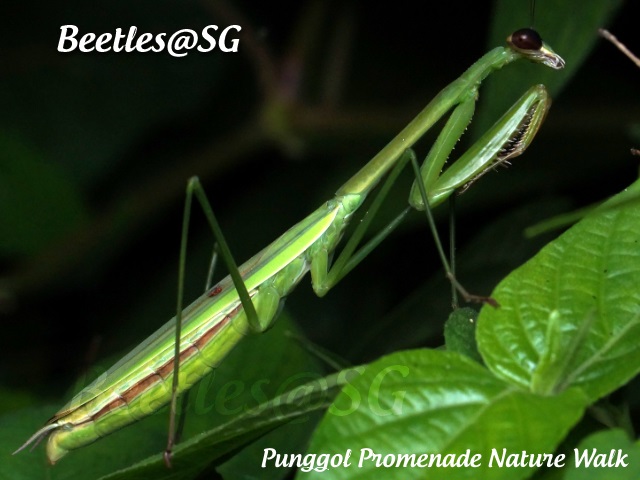 The first beetle found at the place was a Tiger Beetle (Cicindela aurulenta) resting on a low bush. Near to the Tiger Beetle were several of this orange color Leaf Beetles. 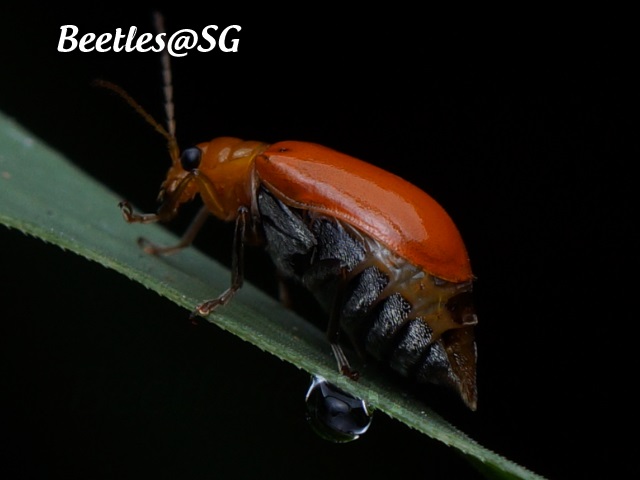 There were many tall mimosa-like plants that lined the trail and on one of them was this sole Chafer Beetle (Adoretus compressus) encountered during this trip. 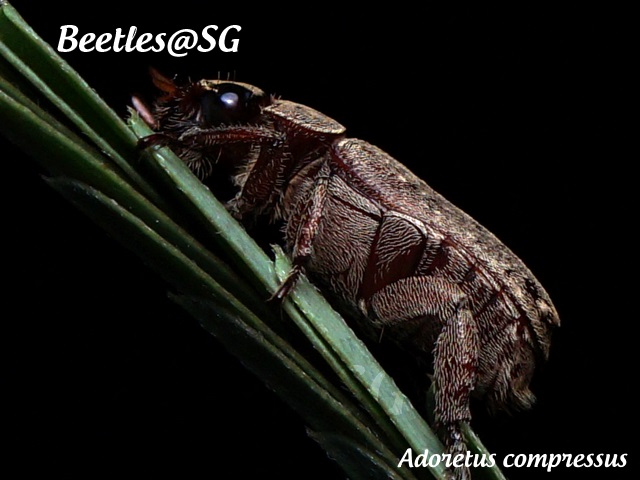 Further down the trail was this commonly encountered Chafer Beetle (Apogonia expeditionis) on a low bush. 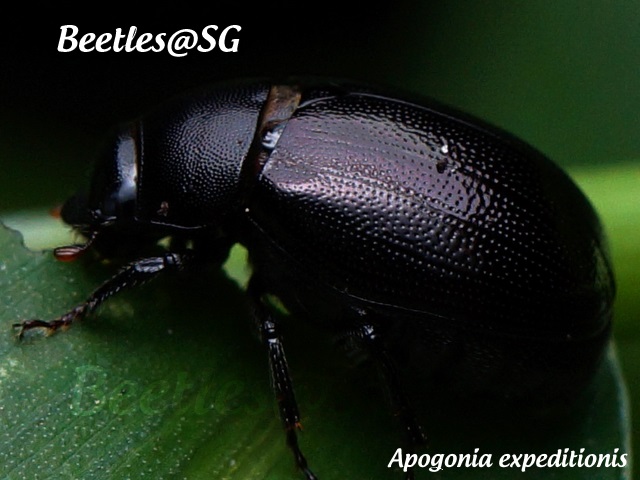 Moving further, I was glad to be able to spot this Click Beetle (Pectocera babai) on a low bush. 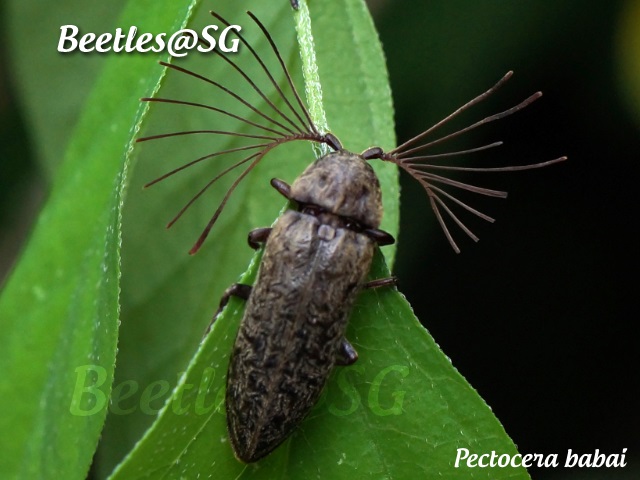 On a tree nearby were several of this small 3 mm Darkling Beetle. The color of the pattern on this particular specimen is more orange than red, probably because it has just emerged not too long. 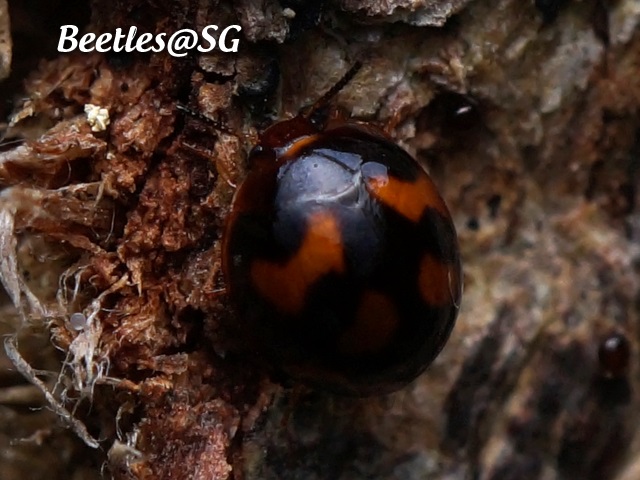 Just a stone's throw from the Darkling Beetle was a lone Ladybird Beetle (Henosepilachna implicata) on a mimosa-like plant. 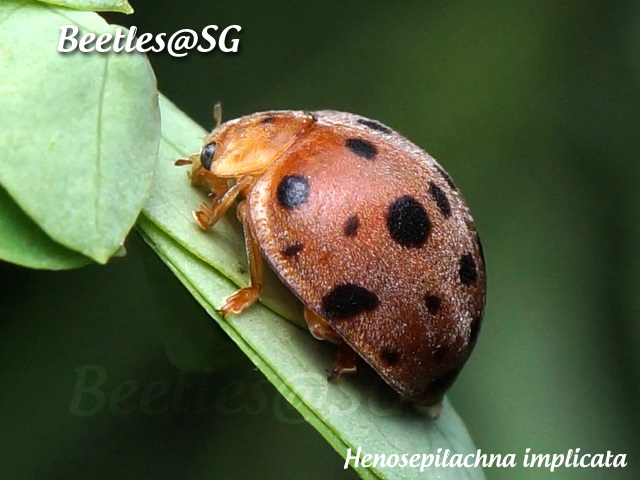 On a fallen log were several of this beetle larvae. 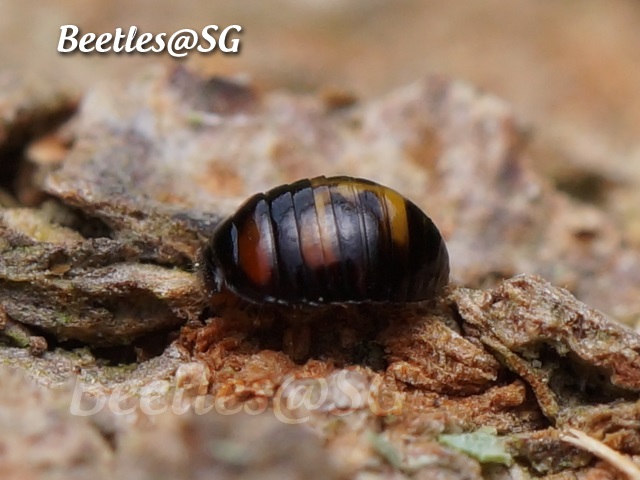 The place is full of different spiders and it is possibly due to the abundance of food. Here's a good example, a Chafer Beetle met its untimely death and became a meal for this spider. On a small tree next to the trail was this small 1 mm Fungus Beetle. 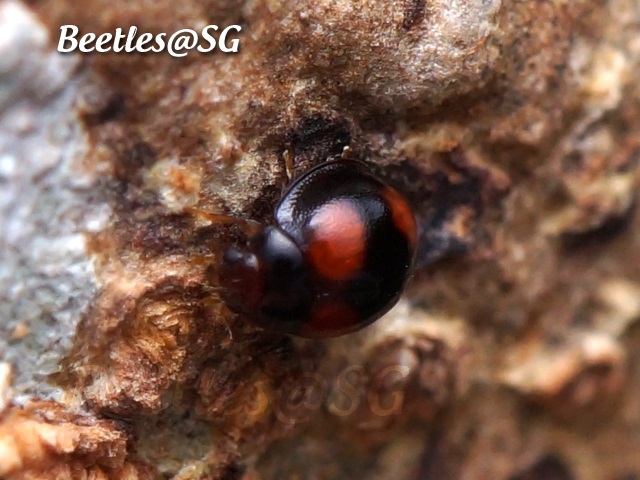 The highlight of the trip was this small 2 mm first-time-encountered Leaf Beetle on a small leaf steam. 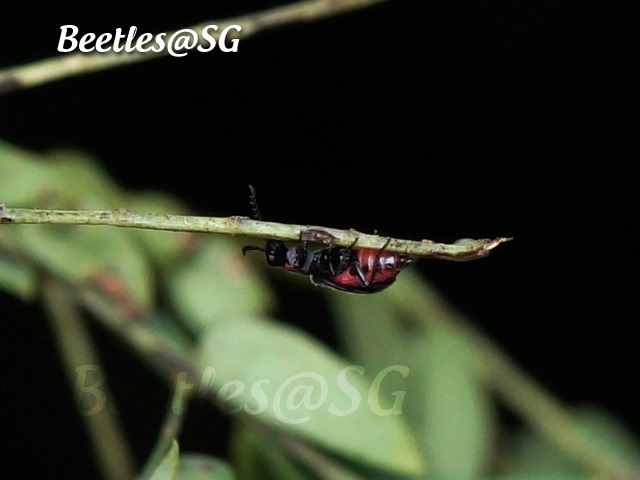 Time passes quickly and it was time to turn back. Just then I found this lovely Ladybird Beetle (Illeis koebelei). 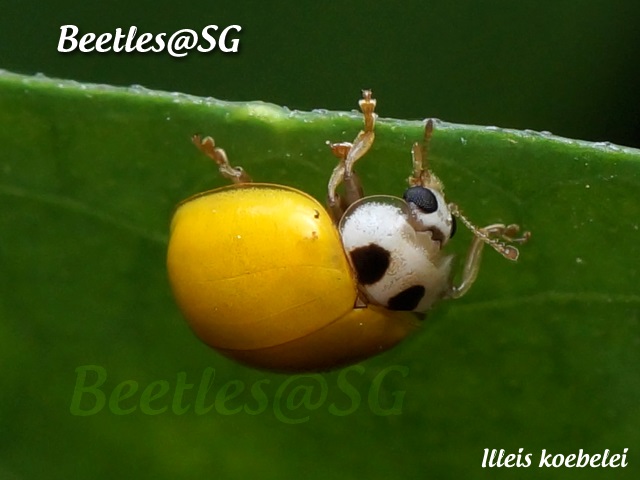 We were almost near to the point where we started and I was thrilled to find a tree crevice full of these 3 mm Darkling Beetle, complete with eggs and larvae. 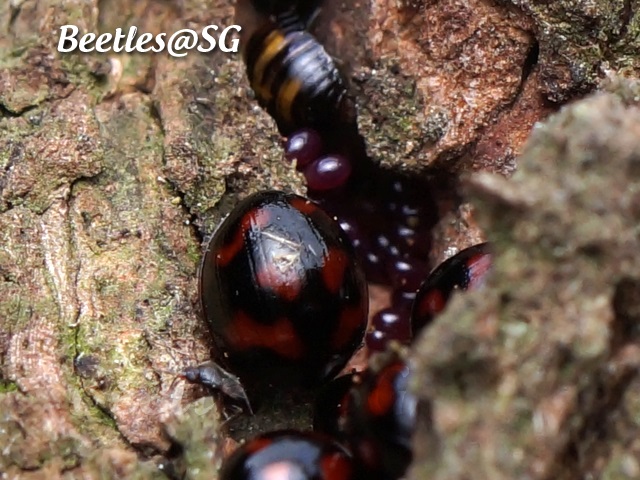 The last beetle for the trip was this 5 mm Darkling Beetle on a small tree. 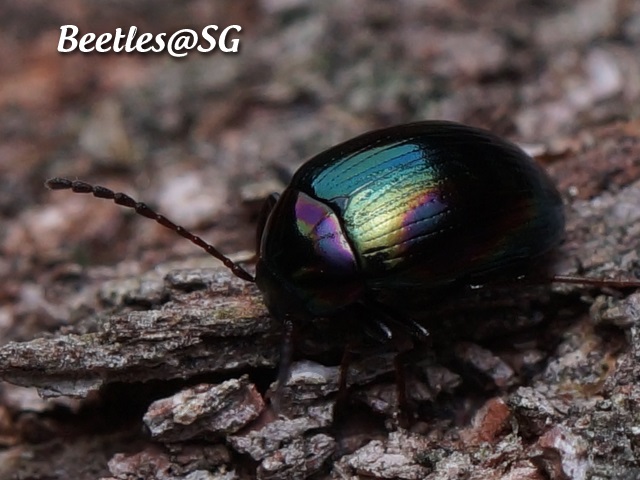 The trip was reasonably fruitful even though we didn't manage to go to the Coney Island as originally intended.
Posted by David Moh at 19:27