The sky looked like it was going to rain and so I decided to go to the "wild" part of my neighborhood for my usual night macro photography session. The place used to be pretty wild but has changed greatly due to a nearby development work.

Here's a photograph of an interesting insect that I encounter at the place. 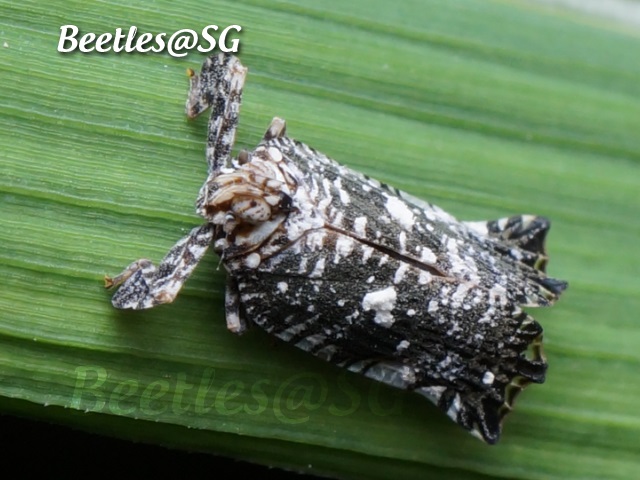 The first beetle for the trip was a commonly encountered Chafer Beetle (Adoretus compressus). The place was full of this type of Chafer Beetle. 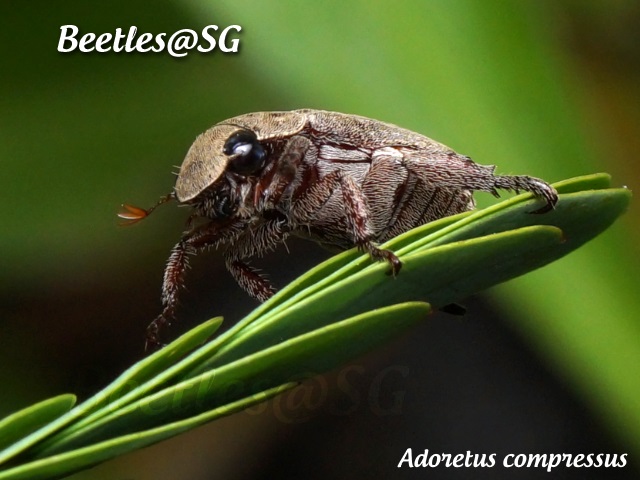 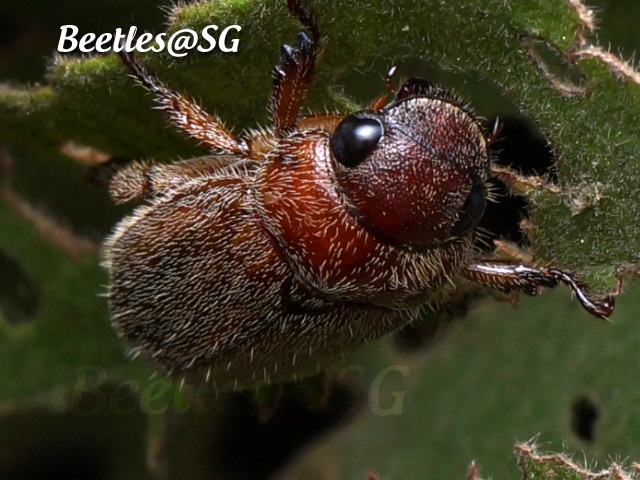 Further down the "trail" was another commonly encountered Chafer Beetle (Apogonia expeditionis). 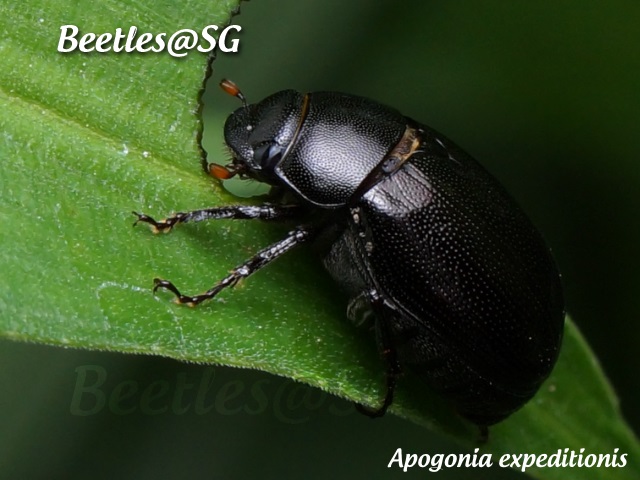 Just a stone's throw away was a lone Chafer Beetle resting on a blade of lalang grass. 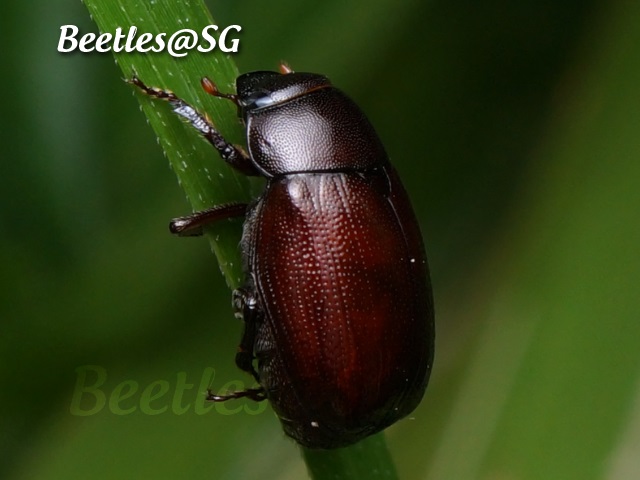 The surprise for the trip was the encounter with several of this lovely orange Leaf Beetle on a blade of lalang grass. 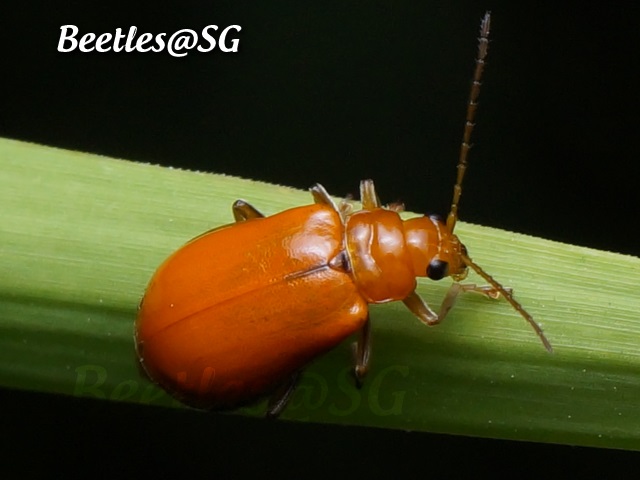 Coming to patch of low creepers, I am glad to be able to find several of this Ladybird Beetle (Epliachna admirabilis). 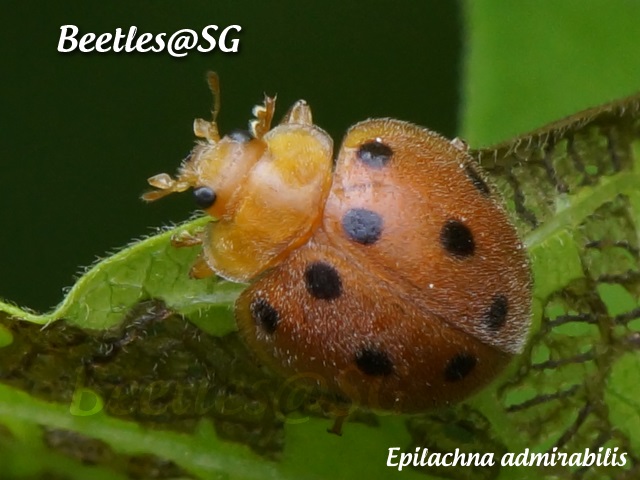 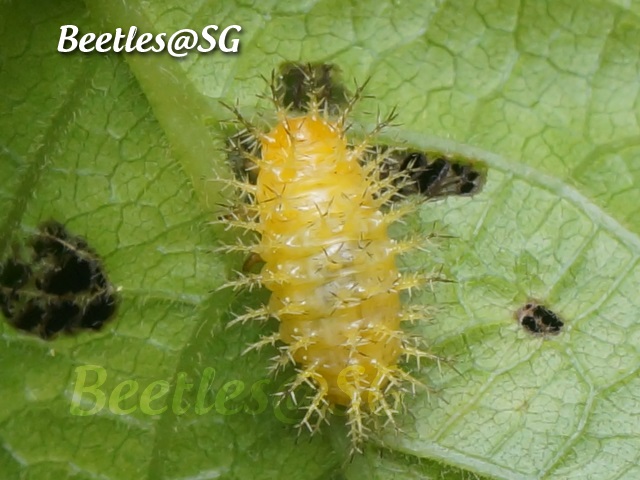 Walking further, a Chafer Beetle (Maladera castanea) was seen on a flower stalk. It was also at this time that I was "attacked" by a small bunch of the reddish-brown ant. Although the size of the ants were small at about 2 mm, their bites are pretty painful. 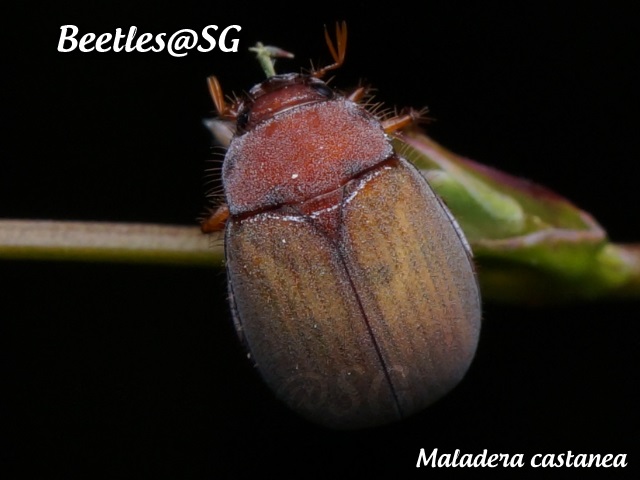 After the ant "attack", I quickly moved away to another spot where there was a large patch of Morning Glory plant. I am pleasantly surprised to find this metallic blue first-time-encountered Leaf Beetle.  It looked exactly like the commonly encountered metallic bronze color Leaf Beetle except that its coloration is metallic blue. 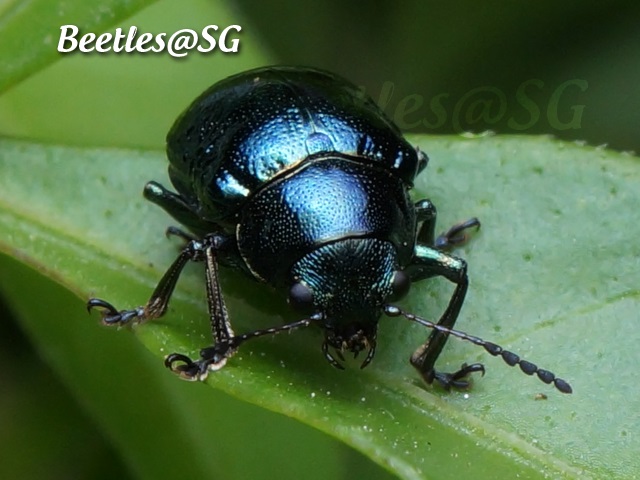 A few steps away was this metallic bronze Leaf Beetle as mentioned above. When you put the photograph of these two beetles side-by-side, the color difference became so obvious. 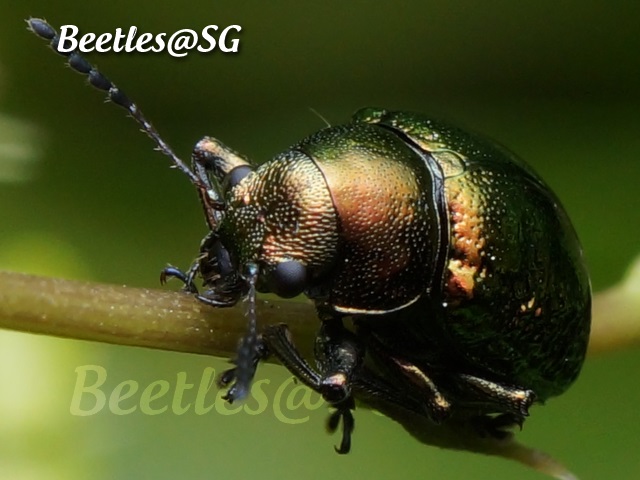 The last beetle for the trip was another Ladybird Beetle (Henosepilachna implicata). As expected, the trip was not very fruitful except for the encounter with a first-time-encountered Leaf Beetle. Nevertheless, this can be an alternative location especially when the sky threatens to rain.