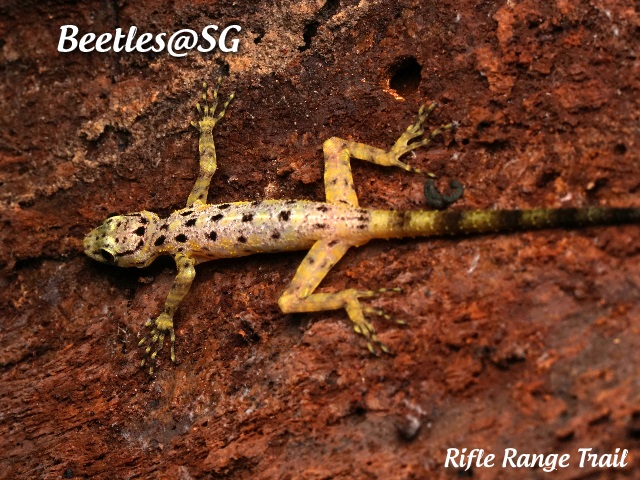 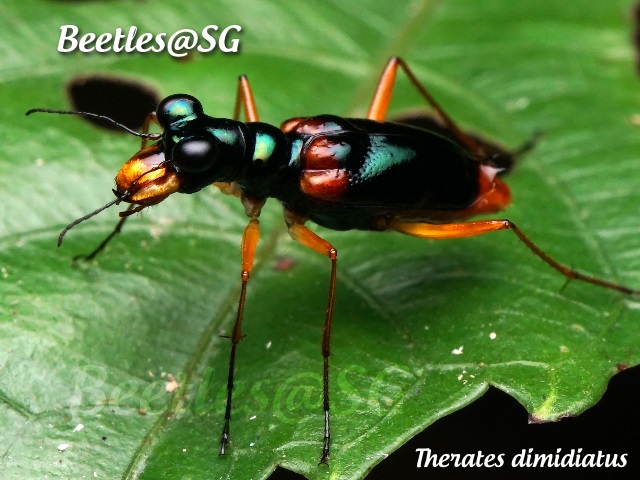 The next beetle was another Tiger Beetle (Cicindela aurulenta) nearby to the Therates dimidiatus Tiger Beetle. 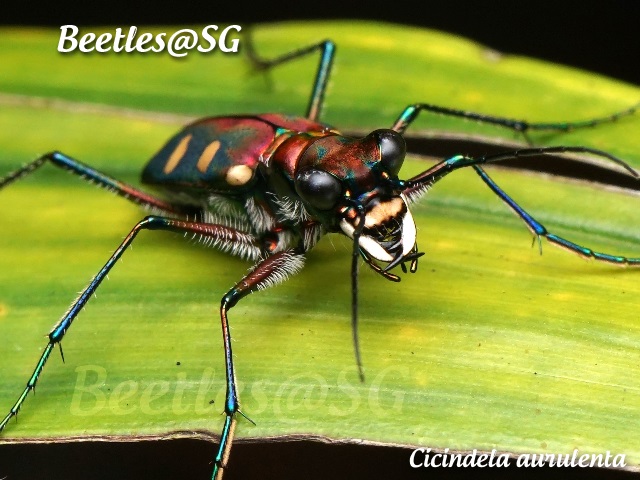 Near to the Tiger Beetle was a bronze colored Chafer Beetle. 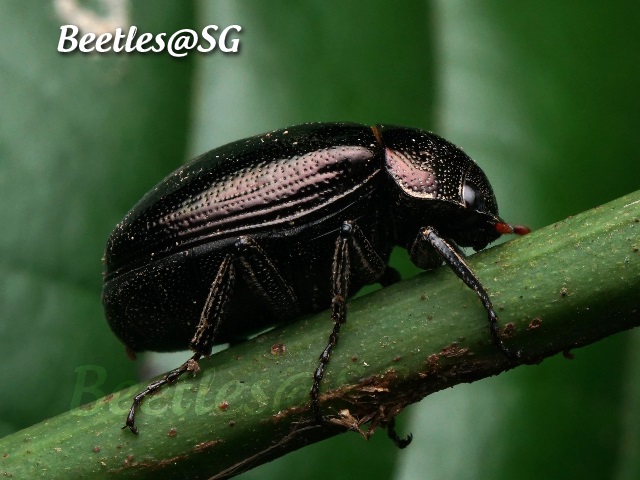 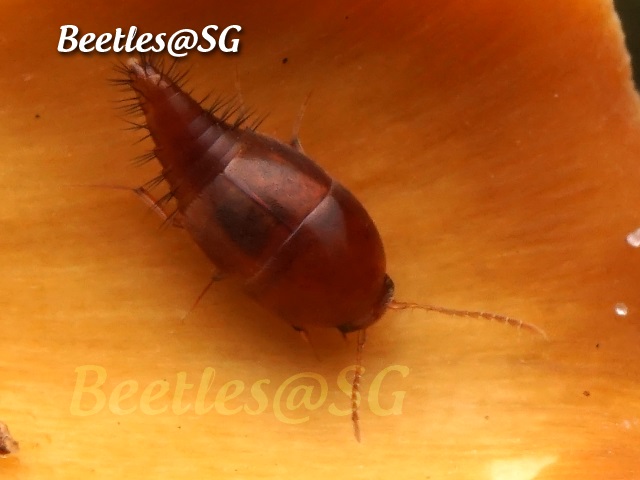 On another fungus mushroom was a group of this small 5 mm Fungus Beetle. 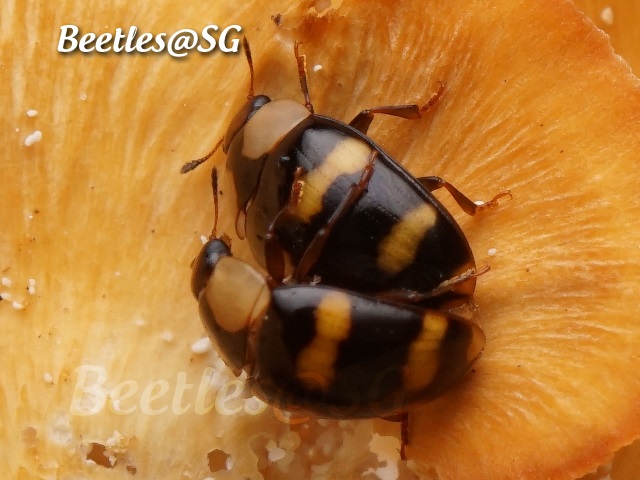 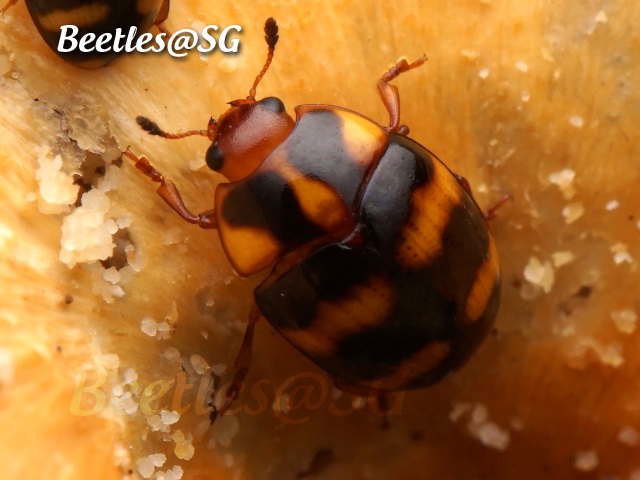 This Darkling Beetle  was found alone on a fallen log further down the trail. 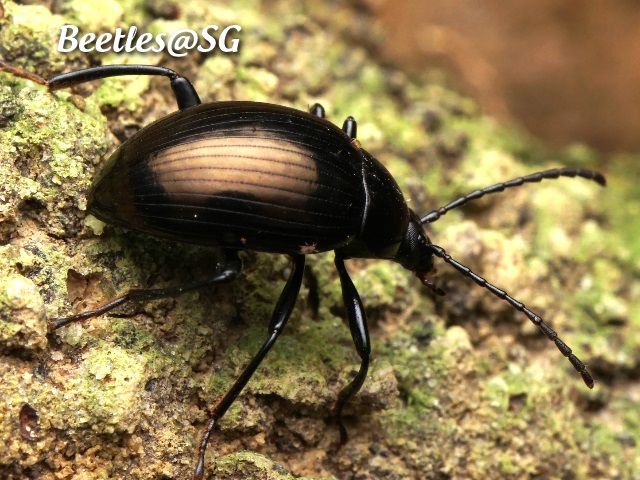 Nearby was this Darkling Beetle (Ceropria induta) on a fallen tree. 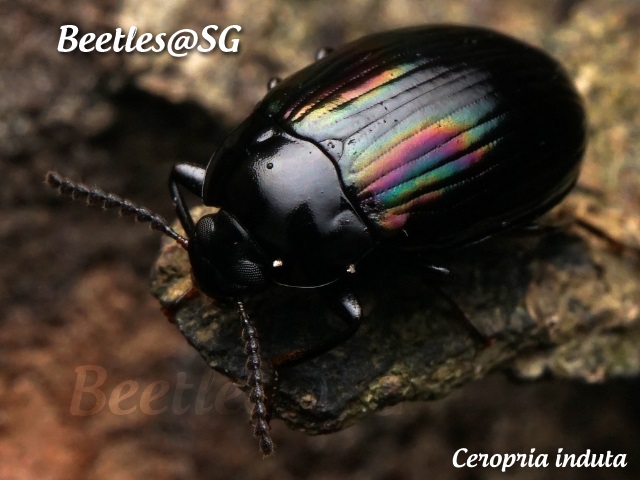 On a small tree nearby was this 1 mm Fungus Beetle. 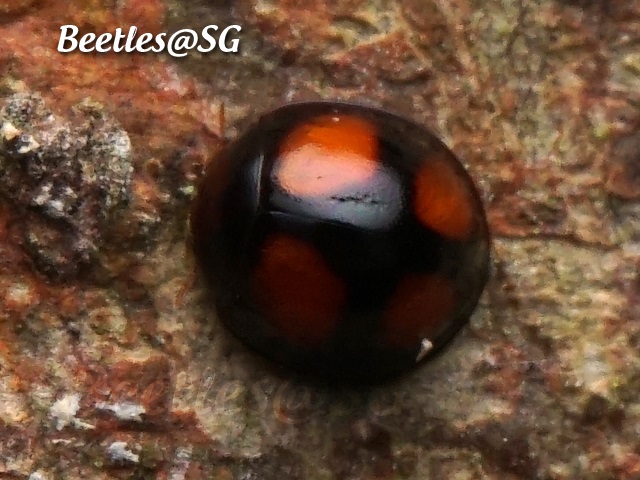 Coming to a wood pile, I was glad to find this 5 mm first-time-encountered Ground Beetle. 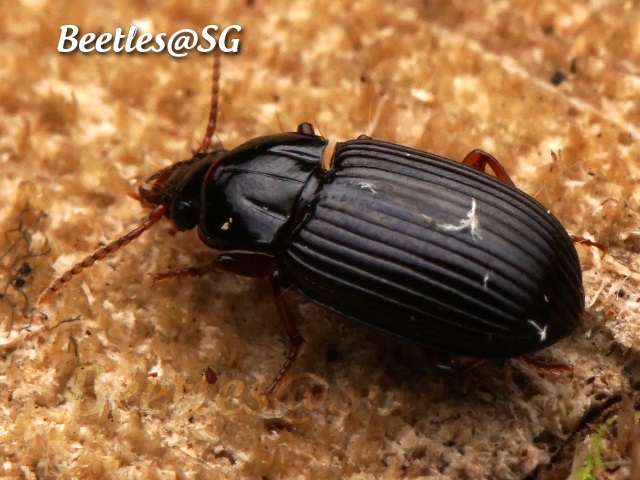 On another fallen log nearby was this 10 mm Darkling Beetle. 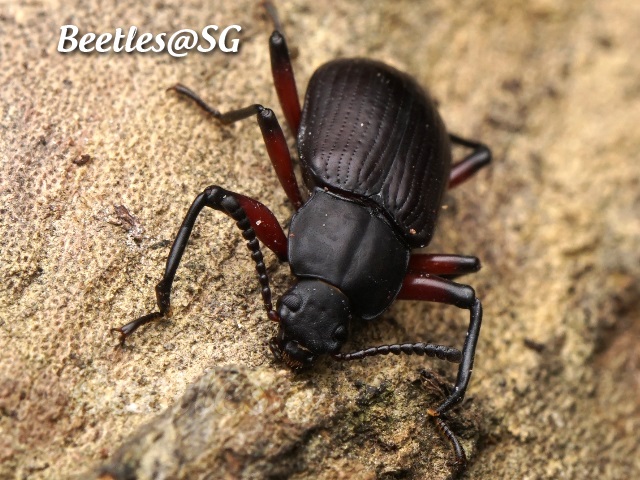 The highlight for the trip was this Pintail Beetle on another fallen tree. 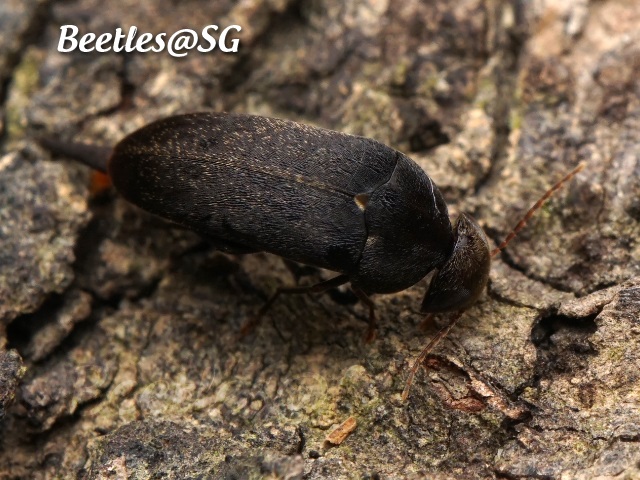 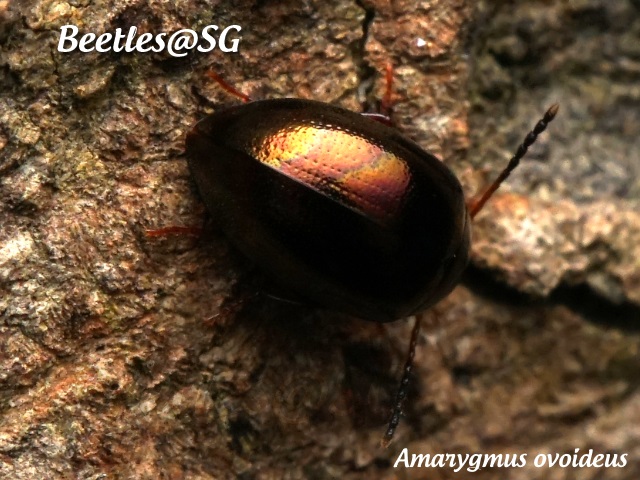 The surprise for the trip was this 5 mm Leaf Beetle, usually found during the day. 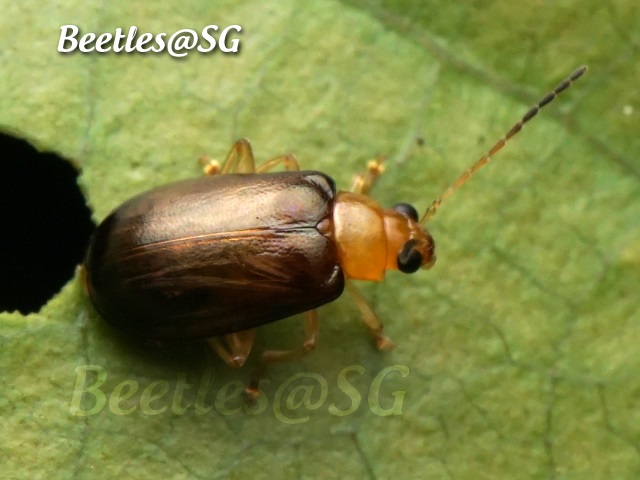 At about 3/4 of the Rifle Road Trail, I was glad to find this 5 mm first-time-encountered Weevil Beetle. 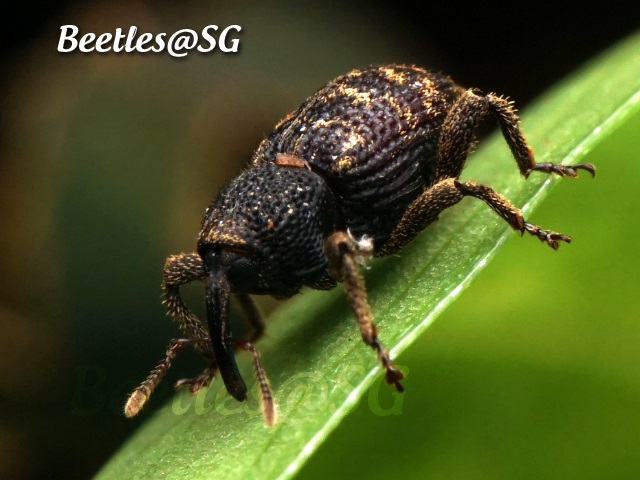 Further down was this small 5 mm Darkling Beetle (Strongylium tenuipes) on a small tree. 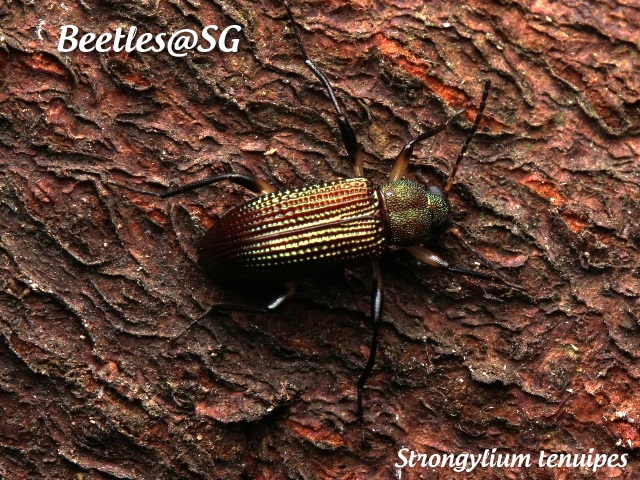 Coming to a fallen tree on a slope, I was surprised to find a dozen of this 3 mm Fungus Beetle (Meilichius nigricollis). 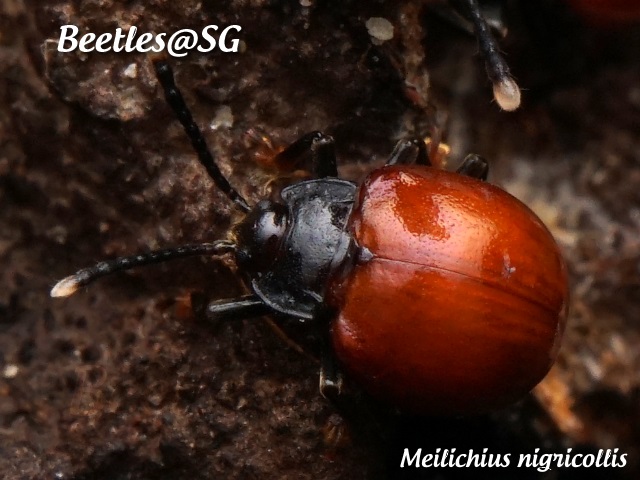 On the same tree was this Fungus Beetle that was moving listlessly around. 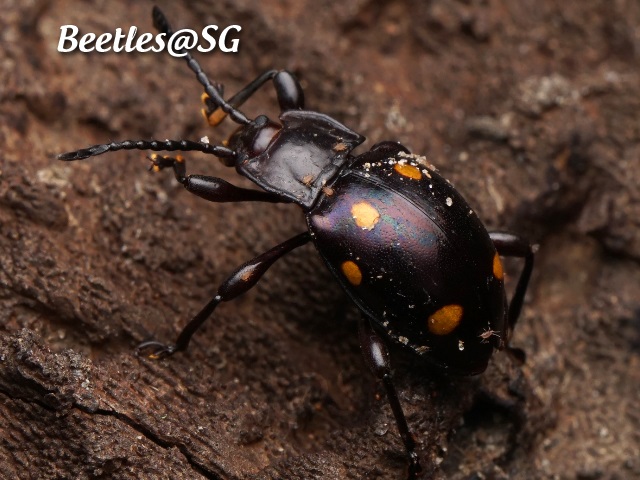 The last beetle for the trip was this  5 mm Darkling Beetle on a small tree branch. 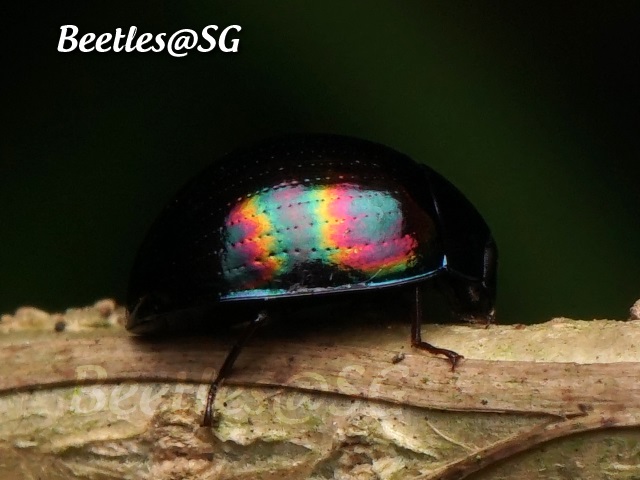 Although the place was pretty wet with rain, the trip was surprisingly fruitful with 3 first-time-encountered beetles. I am sure the place will be even more fruitful when the weather is better.
Posted by David Moh at 09:57